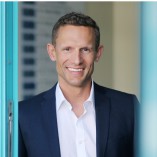 Show original Translation
Quality 5.00
Examination 5.00
Consulting 5.00
Treatment 5.00
Practice 5.00
Service
Excellent (5.00)
Cost/Benefit
Excellent (5.00)
Customer review & rating for:
Dr. Philipp Mayr - Plastische Chirurgie Linz
View rating
03/17/2020Anonymously
Send email to reviewer  |  Report review
Share review:
5.00 out of 5
Excellent
Recommendation
Due to a deformation of my nose after a sports accident, I have decided after years to a corresponding correction. Since there is a large number of doctors on the Internet who offer such procedures, it is of course difficult and also associated with luck to find the doctor you trust.
After internet research and several different consultations, I finally decided on a specialist from the Vienna area who seemed competent to me. In advance, my wishes were discussed and I was presented with before/after photographs by means of computer simulation, with the promise that the nose would look like the picture after the operation. According to the doctor, no problem at all.

However, the rude awakening came after the surgery or a few months later. All the corrections discussed before the surgery were carried out only partially, not at all or even inadequately. The hump was only half removed, the tip of the nose was still thicker than before even after months and the width was not corrected. On the contrary - the bony parts of the nose were not treated at all, because the doctor (contrary to his pre-diagnosis and clear agreements) decided during the surgery, due to time constraints, that this was not important after all.
During the two follow-up appointments, one was quickly dispatched. Questions about the non-executed narrowing and the continuing hump were answered with terse excuses or simply ignored altogether or with "you can come back in a year and have a second correction performed for 5,500".

Because of the negative experiences in the course of the first operation (especially in the aftercare and the handling of questions of the patient) from my side, of course, there was no longer a basis of trust, I became aware of the website of Dr. Philipp Mayr from Linz by chance in the search for a new doctor.

From today's perspective, an absolute stroke of luck!

Dr. Philipp Mayr is an extremely competent and sympathetic doctor who treats his patients as equals.
What impressed me most during the initial consultation was the fact that Dr. Mayr immediately told me in no uncertain terms that the nose shape I wanted (based on the photographs taken by the initial surgeon) was not feasible. He said that he could only try to approximate the shape of the nose. Clear, honest and also for a non-medical understandable words!

Dr. Mayr explains and discusses with the patient all the possibilities of improving the shape, the advantages and disadvantages of an operation, the risks and also the sense of a (two) operation. Not only the shape that fits the face, but above all the preservation of a good nose function are important to him.

The second operation performed at the St. Stephan Competence Center in Wels went absolutely without complications. The entire team around Dr. Mayr as well as the anesthesiologist Dr. Bostl is very professional and one feels in the best of hands at every minute.
Due to the "Piezo" method used by Dr. Mayr, there was only slight swelling and virtually no pain after the operation.
Although it was already a second operation, which normally leads to a stronger postoperative swelling, the nose heals (compared to the first operation) much faster and takes more and more shape.

Also at the follow-up appointments, one feels very well cared for by Dr. Mayr and, above all, welcome. The healing process is documented with photographs and all questions are answered competently.

Conclusion:
Dr. Philipp Mayr is an excellent specialist who is also very friendly and down-to-earth with his patients.
Although I would describe myself as a very critical patient, I am convinced that you will not find a better doctor in terms of "professional competence and humanity" than Dr. Mayr.
I can recommend Dr. Mayr 100 percent and would place myself in his hands again at any time. 5 * in all categories

Thank you very much !

86 Reviews from 4 other sources

All reviews and experiences about Dr. Philipp Mayr - Plastische Chirurgie Linz are the subjective opinions of those who compose and submit them  |  The profile owner is responsible for the contents of this page  |   Profile active since 09/28/2017  |  Last update: 02/06/2022   |  Report profile