We repair your smartphones and tablets professionally and with warranty. 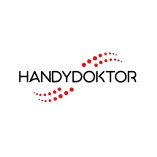 4.78 out of 5
Excellent
204 Reviews
of which
200 Reviews
from 3 other sources
Authenticity of reviews
Submit a review
Contact information
Highest quality and honest advice. This is what our more than 20,000 customers appreciate. In addition to our repair service in Varel, our range also includes protective covers, armored glasses, cables and many other items.

We repair smartphones... and tablets from all well-known manufacturers, such as Apple, Samsung, Xiaomi, Huawei and many more. As an Apple Independent Repair Provider, we are able to repair your iPhone professionally and with original Apple spare parts.
View full description
Show less

200 Reviews from 3 other sources

Your message to Handydoktor Varel

All reviews and experiences about Handydoktor Varel are the subjective opinions of those who compose and submit them  |  The profile owner is responsible for the contents of this page  |   Profile active since 21/04/2022  |  Last update: 09/08/2022   |  Report profile