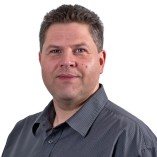 25 Reviews i
published (96%)
out of 26 reviews
of which
1 Review
from 1 other source
Authenticity of reviews
Submit a review
Contact information
Your construction company in Central Saxony & surrounding area
Heinz von Heiden city office
I am your contact in the region of Central Saxony:
- Central Saxony... - Chemnitz Land
- Ore Mountains
- Vogtland

Building a house in Central Saxony and the surrounding area
As a certified building consultant for Heinz von Heiden GmbH Massivhäuser, I would like to accompany you on your way into your own four walls.
With Heinz von Heiden you have chosen an excellent partner with over 90 years of experience, modern and energy-efficient construction. With us you can build massive on a super price / performance ratio. Stone on stone as well as with a huge selection of products from well-known manufacturers, you get everything from one source at Heinz von Heiden. Here is the right thing for every taste.

Your house construction in the best hands
Building a house is definitely a matter of trust! For this reason alone, your satisfaction is my daily drive. In order to make your dream home come true, I will advise you as a future home builder personally on site or via online consultation.
I am well aware of my responsibility. I always work extremely conscientiously and carefully so that the implementation of your building project runs smoothly. In my daily work I benefit from years of experience, so that I can accompany you in the best possible way on the way to your new home.
Starting with the joint recording of your wishes and ideas of your own dream home as well as the appropriate orientation on the plot, we will find your personal desired floor plan together.
Planning ahead is my motto.
Best planning from the beginning - In my consultation all expected construction and acquisition costs are also an important part, so that everything fits into your planned budget.

Feel free to contact me by phone or e-mail and we will start your house building project together. By the way, I also speak Saxon 😉
View full description

5.00 out of 5
8 Reviews
Lars Eppendorfer is reliable, reputable, and friendly.

5.00 out of 5
8 Reviews
Customers would use the services of Lars Eppendorfer again.

So far, we can only warmly recommend Mr. Eppendorfer and Heinz von Heiden and are completely satisfied!

My personal assessment and evaluation of Mr. Eppendorfer is positive all around.
From the first contact, at the construction fair Chemnitz, to the present time of the construction planning. Everything has been implemented according to my wishes. I am very much looking forward to further cooperation. I hope to continue to be so well supported and as competent as professional advice.

There should be more employees like Mr. Eppendorfer. Keep it up!

1 Review from 1 other source

Your message to Lars Eppendorfer

* All reviews and experiences about Lars Eppendorfer are the subjective opinions of those who compose and submit them  |  The profile owner is responsible for the contents of this page  |   Profile active since 21/03/2017  |  Last update: 25/10/2021   |  Report profile