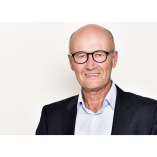 5.00 out of 5
Excellent
10 Reviews
of which
2 Reviews
from 1 other source
Authenticity of reviews
Submit a review
Contact information
I am happy to support you with the method of mediation in your search for a satisfactory solution to your conflict. In a protected setting, while maintaining confidentiality and fairness, I will provide you with assistance and help to avoid a... legal dispute if possible.

The mediation process can be applied in almost all conflict situations. As a former judge who was involved for many years in legal disputes between citizens and public authorities, especially in the area of building law, I focus my activities as a mediator on this problem area.

Disputes before the courts of various instances with

Members of a condominium association

are usually very cost-intensive and protracted. The construction site often lies idle for a long time. This increases the construction costs considerably.

In the course of litigation before the courts, there is usually neither time nor space to illuminate the problems and interests that often lie behind the subject matter of the dispute. Even with the best judgment of the court, the final legal peace is not necessarily established.

These considerable disadvantages are avoided by mediation, in which the parties involved work out a solution acceptable to all sides in a short time.

5.00 out of 5
2 Reviews
Mediation Köln Süd is competent and experienced.

Since I was familiar with Judge Tillmann-Gehrken (ret.) from judicial mediations, I could well imagine that a constructive discussion would be possible under his moderation. Thankfully, the other parties involved also agreed to the proposal.

The mediation meeting was well prepared by all participants. The moderation by Mr. Tillmann-Gehrken was neutral but constructive. He summarized and supported at the points where a deadlock threatened, but at the same time gave room for the background information and various emotions.

Even though the matter is a dynamic one and could not be concluded with the mediation process, it made sense to conduct the mediation, if only because within its framework - and accompanied by an uninvolved but professionally competent third party - many issues could be addressed and also clarified for which there would have been neither time nor opportunity under the impression of a court hearing.

Your message to Mediation Köln Süd

All reviews and experiences about Mediation Köln Süd are the subjective opinions of those who compose and submit them  |  The profile owner is responsible for the contents of this page  |   Profile active since 19/08/2020  |  Last update: 25/04/2022   |  Report profile