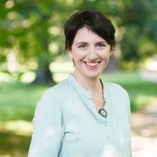 Top competencies (Based on 13 published reviews)

5.00 out of 5
5 Reviews
Nicole Weber inspires confidence to speak about sensitive details.

5.00 out of 5
Excellent
Recommendation
Six months ago I came to Nicole because I wanted to finally get rid of my exam anxiety. With the classic prejudices regarding hypnosis, I went excitedly to my first hypnosis session. I was surprised to find that I didn't have the "condition" that you always hear about. Quite the opposite: it was great to get everything. I was a bit irritated that during the whole session there was not even the word "exam"...Nicole worked analytically, which took us to my childhood. There the "cause" was to be found. Curious about the next weeks, I went back home. After half a year, I can say with certainty that my exam anxiety has disappeared. What remained was a "normal feeling of excitement". Other things in my life have also improved. I am very glad that I trusted Nicole and that she was able to help me!
Show original Translation
Quality 5.00
Value 5.00
Services 5.00
Performance 5.00
Consulting 5.00
Customer service
Excellent (5.00)
Cost/Benefit
Excellent (5.00)
Customer review & rating for:
Nicole Weber
View rating
30/04/2018S.
Send email to reviewer  |  Report review
Share review:
5.00 out of 5
Excellent
Recommendation
Since early childhood, I suffered from a terrible fear of spiders for over 30 years. My panicky reaction (also physical) was so powerful that I couldn't even look at spiders in a magazine or the like. Because it really interfered with my life, I toyed with the idea of doing behavioral therapy for years. But since you would have been confronted with your fear there, and I would have been confronted with spiders directly, I never put that into action.
And then Nicole Weber came along! With at first completely wrong ideas of hypnosis, rather few expectations and a little bit of hope I got involved in the great unknown. It took one session (about 3 hours) and three days later - until then I would have spoken at most of a diffuse feeling of "there is something in motion" but not yet of a noticeable or visible change - there was a spider sitting in the apartment. I saw it, took a breath and announced that I would catch it and relocate it. And so it happened: After a lifetime (to this point) of fear and shock, I caught a spider with glass and paper and moved it to the garden. So I can say without exaggeration that Nicole changed my life.

A few months later, I sought her help again after a trauma experience, and I'm pretty sure we averted greater harm that way.

One more addition to all those who have a similar idea of hypnosis as I did back then: Nicole doesn't snap her finger and you are conscious- and will-less. You can see that on TV in colorful evening shows, but in her practice you are always in control of your senses.

I recommend her to anyone who is struggling with trauma, anxiety, blockages, or any other issues (at work, in a relationship, or with themselves). This is a path that is truly worthwhile!

11 Reviews from 2 other sources

Your message to Nicole Weber

* All reviews and experiences about Nicole Weber are the subjective opinions of those who compose and submit them  |  The profile owner is responsible for the contents of this page  |   Profile active since 05/11/2016  |  Last update: 15/06/2019   |  Report profile