Oeltank24.com
Write a message
Excellent
Get in touch 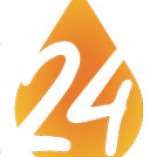 This award is based on the customer reviews of the last 12 months:
4.85 out of 5
Excellent
81 Reviews
Criteria for the award >

This award is based on the customer reviews of the last 12 months:
4.85 out of 5
Excellent
81 Reviews
Criteria for the award >
4.84 out of 5
Excellent
182 Reviews
Authenticity of reviews
Submit a review
Share profile
Contact information
Öltank24 - Your partner around your heating oil tank.
Nationwide, TÜV-certified and reliable.
We are personally there for you when it comes to oil tank disposal, tank cleaning, tank refurbishment, new tank installation and fuel oil purchase.
We... work exclusively with TÜV-certified and owner-operated specialist companies that are active in your region.
View full description

The ProvenExpert Quality Seal is awarded to service providers who have received at least 10 customer reviews with a recommendation rate of 90% or higher.
5 stars 161
4 stars 20
3 stars 1
2 stars 0
1 star 0
Quality
4.83
Realisation
4.85
Customer service
Excellent (4.78)

5.00 out of 5
Excellent
Recommendation
Overall, we were very satisfied with the service. However, some of the prior arrangements could have been better. An employee of Botec was on site before the assignment. Unfortunately, on the day of pumping out/dismantling, it turned out that a lot of information had been evaluated incorrectly: there was less usable oil in the tank than expected, the tank was coated differently and a different access (which had been specially made beforehand) would have been more suitable. None of these were showstoppers, but they were annoying for both the team on site and for us.
Arrangements discussed with the back office the day before were flawed. For example, we were assured that pumping out to the neighbors would be possible without their presence, which was not the case. Overall, we would recommend Botec, but at the same time recommend clarifying details with the responsible team and not with their colleagues or the back office.
Show original Translation
Quality 5.00
Realisation 5.00
Customer service
Average (3.00)
Customer review & rating for:
Botec GmbH
View rating
09/01/2023Anonymously
Report review


Share review
5.00 out of 5
Excellent
Recommendation
The 3 employees removed the oil tanks cleanly in a short time, however, I had also given very specific and correct information, which the staff appreciated. Very friendly staff, I can recommend Botec 100%, by that I also include the staff in the background who took care of any problem promptly. I will recommend Botec to my heating contractor. Very good work, thank you very much.
Show original Translation
Quality 5.00
Realisation 5.00
Customer service
Excellent (5.00)
Customer review & rating for:
Botec GmbH
View rating
22/10/2022Ingrid W.
Send email to reviewer  |  Report review

All reviews and experiences about Oeltank24.com are the subjective opinions of those who compose and submit them  |  The profile owner is responsible for the contents of this page  |   Profile active since 01/05/2020  |  Last update: 02/02/2023   |  Report profile