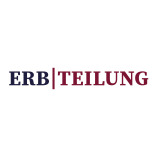 194 Reviews i
published (99%)
out of 196 reviews
of which
78 Reviews
from 2 other sources
Authenticity of reviews
Submit a review
Contact information
ERB|TEILUNG offers final solutions to safely leave or dissolve communities of heirs. The inheritance share is efficiently converted into liquid money. Our clients can choose whether a quick conversion or maximum proceeds are more important to... them.

ERB|TEILUNG is a company specializing in the conversion of "blocked" inheritance shares into liquid money as well as the purchase of inheritance shares. We have great economic and legal know-how to guide heirs to their goal. With more than 2000 internally audited inheritance cases per year, we are one of the most experienced companies in this sector.

Top competencies (Based on 116 published reviews)

4.94 out of 5
18 Reviews
ErbTeilung GmbH offers a professional service.

Many thanks for that!

78 Reviews from 2 other sources

Your message to ErbTeilung GmbH

* All reviews and experiences about ErbTeilung GmbH are the subjective opinions of those who compose and submit them  |  The profile owner is responsible for the contents of this page  |   Profile active since 01/15/2018  |  Last update: 03/16/2022   |  Report profile