Hair transplantation in Frankfurt am Main 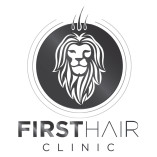 5.00 out of 5
1 Reviews
First Hair Clinic offers a professional service.

5.00 out of 5
1 Reviews
There are sufficient parking facilities available.

4.87 out of 5
Excellent
5.00 out of 5
Excellent
Recommendation
Now exactly 9 months have passed and I have not regretted it for a moment.
A brilliant result, super friendly staff at fair prices!!!
Many thanks again to the team! w
If you need before - after pictures, feel free to ask First Hair Clinic, my photos are at your disposal. (Kristian L.)
Please do not even think about going abroad, it is not worth it! Here you are in the best hands.


Show original Translation
Quality 5.00
Examination 5.00
Consulting 5.00
Treatment 5.00
Practice 5.00
Service
Excellent (5.00)
Cost/Benefit
Excellent (5.00)
Customer review & rating for:
First Hair Clinic
View rating
08/03/2020Kristian L.
Send email to reviewer  |  Report review
Share review:
5.00 out of 5
Excellent
Recommendation
A good 2 months ago I had my hair transplant at the First Hair Clinic and to date I can only report positive. I am particularly impressed by the natural-looking new hairline and the direction of growth of the grafts, more and more of which are now starting to grow. I have always felt very comfortable and well advised by Dr. Just. When drawing the hairline, she took enough time and considered my ideas. I was also very impressed by the team, which implanted hair in a highly concentrated manner over several hours. The quality is top!

Otherwise, the premises of the practice are very clean and modern. I find the uncomplicated advice via Whatsapp by Mr. Ilter helpful, who answers any questions that arise at any time. A parking garage, pharmacy and two overnight accommodations are less than 5 minutes walk away. I see the short distances as a great advantage for people who come from further away.

Based on my research with other providers in Germany, I feel that the price for the procedure is really very fair. Treatment abroad was out of the question for me, as I wanted to be at home during the first few days of aftercare.

I feel great and don't regret the procedure one bit.
In general, I have nothing negative to report and give 5 stars everywhere.
Thanks again to the team and especially to Dr. Just.
You are doing a great job. Good luck in the future!

Show original Translation
Quality 5.00
Examination 5.00
Consulting 5.00
Treatment 5.00
Practice 5.00
Service
Excellent (5.00)
Cost/Benefit
Excellent (5.00)
Customer review & rating for:
First Hair Clinic
View rating
02/03/2020Thomas S.
Report review
Share review:
5.00 out of 5
Excellent
Recommendation
I would like to say a few words about this practice and have already done so to this extent on Google, because I am very enthusiastic and would like to recommend it to anyone:

I was looking for a provider and found this one, I really liked the appearance and friendliness. The expertise and answering all my questions on the phone in detail convinced me. I must say that I was already about to go abroad, but fortunately I changed my mind, because I did not like the hairlines in Istanbul so much and I attach great importance to looking natural. I am now just under 3 months post-op and the first hairs are already sprouting, very much looking forward to the final result.

The surgery itself has taken me a little longer, because I have opted for a session with a little less density in the tonsure area, therefore evtl soon the second surgery in a few months, depending on whether it bothers me.

From my own experience, I can recommend First Hair Clinic to everyone with a very clear conscience. I had on 02.02.2019 a beard hair transplantation
everything went great, I was inserted 4250 graft. I am totally happy everything went as discussed. I always felt well taken care of the doctors and the whole team are very friendly and if I had a wish he was fulfilled immediately. I would like to thank you again for the nice and good time in the First Hair Clinic Frankfurt.

For a hair transplant I was looking for a clinic and compared several, of the 3 consultations I had this was by far the best.

The consultation via Whatsapp can first bring some skepticism over to some, but since day 1. every question is answered and addressed my concerns, etc., I am totally satisfied.

Your message to First Hair Clinic

All reviews and experiences about First Hair Clinic are the subjective opinions of those who compose and submit them  |  The profile owner is responsible for the contents of this page  |   Profile active since 08/01/2018  |  Last update: 10/06/2021   |  Report profile