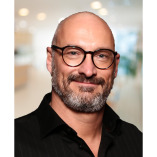 4.93 out of 5
Excellent
169 Reviews
of which
41 Reviews
from 3 other sources
Authenticity of reviews
Submit a review
Contact information
His experience of more than 30,000 coaching and hypnosis sessions as well as the invitation to numerous lectures for ministries, clinics, DAX corporations and companies at home and abroad are proof of his valuable expertise.

As CEO (Managing... Director) of the German Institute for Prevention & Health Promotion, Martin Weitl developed and established a revolutionary and highly efficient methodology of modern tobacco cessation, which is recognized by all German health insurance companies.

The "clever smokeless program" developed by him is a bestseller, which was awarded as TOP non-smoking course in Germany by FOKUS Gesundheit in 2019 and 2020.

Martin Weitl is convinced that the key to a healthier, satisfied, stress-free and fulfilling life lies in the uncovering and transformation of unwanted MindTracks that lie deeper than beliefs and habits.

As an expert in MindTransformation, he provides participants in his programs with the knowledge and skills necessary to uncover and transform MindTracks as well as beliefs.

The reference list of companies in which Martin Weitl has held lectures in recent years reads like a Who's Who of German business.

As a lecturer, he passes on his knowledge at the Munich Clinic Academy.
View full description

4.91 out of 5
Excellent
5.00 out of 5
Excellent
Recommendation
I am totally happy because I have finally managed to stop smoking and even though I just did not want to!
Martin is a really super great guy who explains it so well and extensively, that it can create just anyone no longer smoke.
Thanks for that !!!
And I have also not gained weight!

41 Reviews from 3 other sources

Your message to Martin Weitl

All reviews and experiences about Martin Weitl are the subjective opinions of those who compose and submit them  |  The profile owner is responsible for the contents of this page  |   Profile active since 02/03/2020  |  Last update: 11/19/2021   |  Report profile