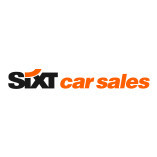 4.54 out of 5
112 Reviews
Customers would use Sixt Car Sales München Garching again.

4.64 out of 5
97 Reviews
Sixt Car Sales München Garching is clear in terms of communication.

Totally transparent processing, and available at any time!

Unfortunately, I find it a pity that the Sixt range of vehicles has decreased enormously for about a year, I miss the variety of Audi, Mercedes, Jaguar or even the sportier cars. We have before us in the near future a somewhat sporty car to acquire and Sixt would have been there with the then offer of Porsche, Masserati or the Audi TT's and Z4 of BMW certainly the first address to look around here.
I myself bought an A4 and a BMW 530 from Sixt in 2017/18 and have also since told many of my acquaintances about the good experiences and actually great selection at Sixt and recommended.

In addition, the conversation went well, however, when looking closely, there were still various dents on the car. According to Mr. Harreus: "dents from chestnuts". These are definitely not dents from chestnut.

During the test drive I did a test with an ODB2 plug. Via the diagnostic software I was directly informed that there is a suspicion of tampering and in addition various other, partly critical engine faults.

I gave this to the dealer. His answer: We sell it anyway - no one comes with such a plug. Also direct answer to a price negotiation because of the errors etc.: Nothing to do. It buys then another. There are enough others.

I have given me two days to think about it. After not even 24 hours, Mr. Harreus after and wants a direct decision, because a possible regular customer would also like to have the car.

Typical Druckmache - Fortunately, it was decided for me that I do not want to buy a workshop car for 34,000 euros.

Comment from Roger Harreus | Sixt Car Sales:
Dear customer,
Thank you very much for your evaluation.
Unfortunately, your description does not correspond to the truth.
It is correct that you have read out the fault memory of the vehicle with your OBD2 plug and an app and that some messages were displayed.
Since we take such information from our customers very seriously, we have of course had this counter-checked by an Audi contract partner. Most of the errors read out by your software were not present here at all and all further stored errors were not critical and very easy to trace. These have been corrected/deleted in the meantime.
The display regarding the suspected manipulation was already from a logical point of view an error of your device, the vehicle was rented for the first time at the end of February 2021 and in August 2021 from the rental, due to the damage to be repaired, ausgesteuert. Here every trip is traceable and in 6 months probably no one manages to drive 260,000km.
Audi has confirmed to us here that no manipulation of the mileage has taken place.
Due to these serious accusations against us, we have refrained from further negotiations with you, as the complete approach seemed very strange to us.
We wish you continued success in your search for a vehicle and all the best.
Stay healthy.

804 Reviews from 4 other sources

All reviews and experiences about Sixt Car Sales München Garching are the subjective opinions of those who compose and submit them  |  The profile owner is responsible for the contents of this page  |   Profile active since 04/24/2017  |  Last update: 02/23/2022   |  Report profile