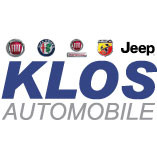 This award is based on the customer reviews of the last 12 months:
4.66 out of 5
Excellent
913 Reviews
of which
364 Reviews
from 19 other sources
Criteria for the award >

This award is based on the customer reviews of the last 12 months:
4.66 out of 5
Excellent
549 Reviews
Criteria for the award >
4.57 out of 5
Excellent
3,599 Reviews
of which
1,680 Reviews
from 19 other sources
Authenticity of reviews
Submit a review
Contact information
We are Fiat, Alfa Romeo, Fiat Professional, Abarth and Jeep authorized dealers with 6 locations in Saarland, Rhineland-Palatinate & Hesse. In addition, with over 50 years of experience, we offer you a comprehensive range of services.
View full description

4.58 out of 5
320 Reviews
Customers are overall happy with Klos Automobile GmbH.

Thanks again for the free car wash, at Klos.

We are very sorry that you had to go through this experience.
Since we do not have any data (name, license plate number, etc.) from you, please contact us by e-mail at bewertung@kosautomobile.de or call your service advisor so that we can clarify your concerns.
Thank you in advance
With kind regards
Your team from Klos Automobile

Your message to Klos Automobile GmbH

All reviews and experiences about Klos Automobile GmbH are the subjective opinions of those who compose and submit them  |  The profile owner is responsible for the contents of this page  |   Profile active since 12/19/2017  |  Last update: 06/24/2022   |  Report profile