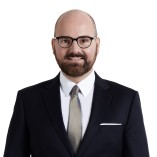 72 Reviews i
published (99%)
out of 73 reviews
of which
68 Reviews
from 3 other sources
Authenticity of reviews
Submit a review
Share profile
Contact information
Attorney-at-law Sebastian Trabhardt works exclusively in the field of employment law for specialists and executives, senior managers and managing directors. The services of my law firm for labor law in Hamburg include the following main areas in particular:
View full description

Top competencies (Based on 4 published reviews)

5.00 out of 5
2 Reviews
ALSTER Rechtsanwälte Sommerkamp-Moldenhauer Trabhardt PartmbB recognises, deals with, and informs me of potential problems.

5.00 out of 5
Excellent
Recommendation
I was advised and accompanied by Mr. RA Trabhardt in the negotiation of a termination agreement with my employer. Due to the still professional negotiation climate, we had agreed that Mr. Trabhardt would rather stay in the background and would only be "ignited" as a second step if the worst came to the worst. Mr. Trabhardt revised the employer's proposal in essential points clearly in my favor and thus achieved a significantly better result for me in all aspects. I can recommend everyone to seek legal advice in comparable situations. Due to the separation situation that came as a surprise to me, I would probably have accepted the employer's proposal much sooner. In this context, I can expressly recommend Mr. Trabhardt as a very competent, well-balanced and very accessible lawyer.
Show original Translation
Quality 5.00
Value 5.00
Services 5.00
Performance 5.00
Consulting 5.00
Customer service
Excellent (5.00)
Cost-performance ratio
Excellent (5.00)
Customer review & rating for:
ALSTER Rechtsanwälte Sommerkamp-Moldenhauer Trabhardt PartmbB
View rating
18/09/2022Daniela B.
Send email to reviewer  |  Report review

4.60 out of 5
Excellent
Recommendation
Mr. Trabhardt advised and represented me very well during a termination. All my questions were answered during the initial consultation and he also took a lot of time afterwards. I felt I was in very good hands with him. Thank you very much for your competent service. I am happy to recommend him.
Show original Translation
Quality 5.00
Value 4.00
Services 4.00
Performance 5.00
Consulting 5.00
Customer service
Good (4.00)
Cost-performance ratio
Excellent (5.00)
Customer review & rating for:
ALSTER Rechtsanwälte Sommerkamp-Moldenhauer Trabhardt PartmbB
View rating
03/02/2020T.
Send email to reviewer  |  Report review

68 Reviews from 3 other sources

* All reviews and experiences about ALSTER Rechtsanwälte Sommerkamp-Moldenhauer Trabhardt PartmbB are the subjective opinions of those who compose and submit them  |  The profile owner is responsible for the contents of this page  |   Profile active since 27/10/2017  |  Last update: 17/10/2022   |  Report profile