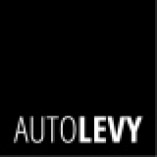 4.47 out of 5
Good
4,443 Reviews
of which
4,365 Reviews
from 27 other sources
Authenticity of reviews
Submit a review
Contact information
Welcome to AUTOLEVY!

Large selection of Toyota and Lexus models - whether new or used vehicles - as well as the favorable conditions of our leasing and financing offers.
View full description

4.79 out of 5
19 Reviews
AUTOLEVY GmbH & Co. KG ensures that order processing is legitimate.

Comment from AUTOLEVY GmbH & Co. KG:
Dear Ms. Orian,
thank you very much for your great evaluation. We are pleased that you were so satisfied with our service/consulting. We are very happy to pass on your praise to Mr. Manske.

All reviews and experiences about AUTOLEVY GmbH & Co. KG are the subjective opinions of those who compose and submit them  |  The profile owner is responsible for the contents of this page  |   Profile active since 12/05/2016  |  Last update: 16/09/2022   |  Report profile