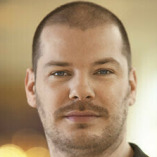 Top competencies (Based on 16 published reviews)

5.00 out of 5
4 Reviews
Casanova Coaching inspires confidence to speak about sensitive details.

If anyone is undecided about participating; there is so much more to this program than it may seem at the beginning.

Thanks to Maximilian and the team :)

Thanks to the whole Casanova team

25 Reviews from 1 other source

Your message to Casanova Coaching

* All reviews and experiences about Casanova Coaching are the subjective opinions of those who compose and submit them  |  The profile owner is responsible for the contents of this page  |   Profile active since 26/11/2019  |  Last update: 30/04/2022   |  Report profile