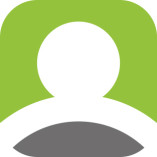 4.79 out of 5
Excellent
35 Reviews
of which
3 Reviews
from 2 other sources
Authenticity of reviews
Submit a review
Contact information
The MPU consultants are a team of traffic psychologists who competently and professionally help with all questions about the MPU. We advise you and prepare you specifically and individually for your MPU. Our prices are transparent and absolutely fair.
View full description

4.71 out of 5
7 Reviews
Customers are overall happy with the results.

4.57 out of 5
7 Reviews
The services provided promise long-term positive outcomes.

At the beginning I was with the attitude to simply create the mpu. But during the care of Mr. bringmann has changed my whole attitude to the past in the positive, where I can now say that brings me further in life as before.

Also all the points that we have discussed during our appointments, we have given security during the mpu and strengthened me to go safely through the mpu.

Super person! With whom you can talk about everything, you do not need to take a leaf from the mouth. He has an open ear and also says his opinion..... Satisfaction 100%

Comment from DMB Science & Consulting GmbH:
Thank you very much for the great review! We try very hard to offer serious advice at fair prices and are pleased when this is also appreciated.
Send email to reviewer  |  Report review
Share review:
1 2

3 Reviews from 2 other sources

All reviews and experiences about DMB Science & Consulting GmbH are the subjective opinions of those who compose and submit them  |  The profile owner is responsible for the contents of this page  |   Profile active since 02/11/2016  |  Last update: 15/11/2021   |  Report profile