Katja Gründer
Write a message
Excellent
Get in touch 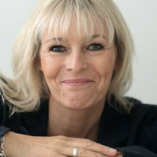 5.00 out of 5
Excellent
25 Reviews
of which
3 Reviews
from 1 other source
Authenticity of reviews
Submit a review
Share profile
Contact information
I support YOU to come into your power, into your "true self", to use and discover your potential. To feel comfortable and secure again, in harmony �
View full description

5.00 out of 5
2 Reviews
Katja Gründer operates independently and neutrally (e.g. with regard to third parties).

5.00 out of 5
2 Reviews
Katja Gründer encourages me not to postpone making important decisions.

5.00 out of 5
Excellent
5.00 out of 5
Excellent
Recommendation
Katja has been very convincing with her positive, authentic and competent manner and has satisfactorily supported my daughter on her personal development path with her wide-ranging skills for us. Many thanks for that !
Show original Translation
Quality 5.00
Value 5.00
Services 5.00
Performance 5.00
Consulting 5.00
Customer service
Excellent (5.00)
Cost/Benefit
Excellent (5.00)
Customer review & rating for:
Katja Gründer Coaching und energetische Behandlungen
View rating
12/01/2023Anonymously
Send email to reviewer  |  Report review

5.00 out of 5
Excellent
Recommendation
Katja Gründer conveyed the material in a very understandable way. The ratio between theory and practical deepening has fit well; both parts have intertwined so very nice and made me quickly confident in the subject. Practicing on my own at home was made easier by the clear teaching materials. And I am sure that Ms. Gründer will answer any questions I may have by phone even after the course has ended. The (learning) group was small and there was quickly a family atmosphere in which there was constant exchange, which will certainly continue.
Show original Translation
Quality 5.00
Value 5.00
Services 5.00
Performance 5.00
Consulting 5.00
Customer service
Excellent (5.00)
Cost/Benefit
Excellent (5.00)
Customer review & rating for:
Katja Gründer Coaching und energetische Behandlungen
View rating
27/11/2022Tatjana M.

Comment from Katja Gründer:
Thank you Tatjana, nice that you did the workshop of "energetic massage of the feet " with me. I found it super nice with you
Send email to reviewer  |  Report review

5.00 out of 5
Excellent
Recommendation
Dear Katja, the search for a coherent way for me to attain the 1st degree Reiki led me to you. With your empathy and great expertise
I feel from the beginning really well taken care of and accompanied my way to continue Reiki! Thank you for your warmth and your being!
Birgit

Comment from Katja Gründer:
Thank you dear Birgit for your kind words and your enthusiasm that you radiate when learning and feeling Reiki. Greetings Katja
Send email to reviewer  |  Report review

5.00 out of 5
Excellent
Recommendation
I am with both children/11 and 2 years in treatment with Katja and we have been able to experience so many positive changes after the first treatment with both 💕 thank you very much 😊 we always like to come back 😘
Show original Translation
Quality 5.00
Value 5.00
Services 5.00
Performance 5.00
Consulting 5.00
Customer service
Excellent (5.00)
Cost/Benefit
Excellent (5.00)
Customer review & rating for:
Katja Gründer Coaching und energetische Behandlungen
View rating
04/08/2022Anonymously
Send email to reviewer  |  Report review

5.00 out of 5
Excellent
Recommendation
The treatment with Katja has opened my eyes. Katja is very careful and gentle about the treatments.
I have never been able to trust a person so much. I look forward every time I have another appointment.
Show original Translation
Quality 5.00
Value 5.00
Services 5.00
Performance 5.00
Consulting 5.00
Customer service
Excellent (5.00)
Cost/Benefit
Excellent (5.00)
Customer review & rating for:
Katja Gründer Coaching und energetische Behandlungen
View rating
13/05/2022Heike W.

Comment from Katja Gründer:
Thank you so much, dear Heike.
I'm glad to see how you become more and more radiant 😊
Send email to reviewer  |  Report review

5.00 out of 5
Excellent
Recommendation
Katja is an empathetic, patient, competent coach. And a person of the heart. I felt very well taken care of with her. And I am happy to recommend her treatments to others.
I would never have thought that a Reiki distance treatment is possible over several hundred kilometers and yet everything was noticeable. Thank you dear Katja for this wonderful experience and the chains burst.
Show original Translation
Quality 5.00
Value 5.00
Services 5.00
Performance 5.00
Consulting 5.00
Customer service
Excellent (5.00)
Cost/Benefit
Excellent (5.00)
Customer review & rating for:
Katja Gründer Coaching und energetische Behandlungen
View rating
05/04/2022Anja S.

Comment from Katja Gründer:
Dear Anja,
I am so happy you got involved and for your trust. Many thanks
Send email to reviewer  |  Report review

Comment from Katja Gründer:
Thank you very much for the positive review.
Send email to reviewer  |  Report review

5.00 out of 5
Excellent
Recommendation
Dear Katja, I would like to take this opportunity to express my sincere gratitude to you!!!! Through your help, your highly professional knowledge and your indescribable skills, you managed to bring me on my way, strengthened me and helped me to solve my blocks and fears. Within a short period of time, incredible changes have taken place in my life, especially resting in me! Through you I have managed to look at things from a different perspective and gained an inner satisfaction! I am very grateful to have met you and I know that I will still learn a lot from you! Yours Janina
Show original Translation
Quality 5.00
Value 5.00
Services 5.00
Performance 5.00
Consulting 5.00
Customer service
Excellent (5.00)
Cost/Benefit
Excellent (5.00)
Customer review & rating for:
Katja Gründer Coaching und energetische Behandlungen
View rating
22/02/2022J.

Comment from Katja Gründer:
Dear Janina,
Thank you so much for your kind words and your review. I am very happy that I could support you and I we met.
Send email to reviewer  |  Report review

5.00 out of 5
Excellent
Recommendation
Katja is incredibly sensitive, empathetic and works to the point. I felt very well taken care of with her.
The design of the Reiki training with her, is not only of a theoretical nature, but we are allowed to try out and feel a lot ourselves.
I can really recommend her to anyone who wants to do a Reiki training and / or has the feeling to be blocked in any way.
Katja knows what to do and gets everything flowing again.
Thank you for your magical BEING and DOING.

Comment from Katja Gründer:
Dear Jenny,
Thank you so much for your positive feedback. It was a wonderful weekend with you / you as a group. Through your wonderful perception to the spiritual world, you have enriched the group very much.
Send email to reviewer  |  Report review


Share review
5.00 out of 5
Excellent
Recommendation
I was skeptical about reflex integration when I first heard about it. However, after we had already made several attempts to eliminate our son's problems at school and in the social area, and did not want to have him labeled as an ADHD child - and above all did not want to "sedate" him with tablets - we tried this method. After initial successes in various areas, there followed a while in which not so much seemed to happen. But the patience paid off. The most urgent problems have disappeared into thin air, everything else is to be found in our son's personality. And he is not supposed to become another child! In any case, he has become much more relaxed, can concentrate better and is no longer afraid of the dark. Falling asleep now works smoothly and bedwetting is (almost) no longer an issue.
My conclusion: Reflex integration is unfortunately not supported by health insurance and is therefore relatively expensive. But Mrs. Gründer took very good care of our son, listened and gave him the feeling of being taken seriously. Even if you are skeptical, you should consider reflex integration before you put your child on medication. However, you have to stay on the ball. In our case, it was definitely worth it. We thank Mrs. Gründer very much and wish her continued success!
Show original Translation
Quality 5.00
Value 5.00
Services 5.00
Performance 5.00
Consulting 5.00
Customer service
Excellent (5.00)
Cost/Benefit
Excellent (5.00)
Customer review & rating for:
Katja Gründer Coaching und energetische Behandlungen
View rating
26/10/2021Anonymously
Report review


Share review
5.00 out of 5
Excellent
Recommendation
Katja is a true angel. She was and is there for my family and me at all times during a challenging time and brought us back into balance. At all times she was there as a point of contact and dealt with us so compassionately.
Thank you so much. ♥️
Show original Translation
Quality 5.00
Value 5.00
Services 5.00
Performance 5.00
Consulting 5.00
Customer service
Excellent (5.00)
Cost/Benefit
Excellent (5.00)
Customer review & rating for:
Katja Gründer Coaching und energetische Behandlungen
View rating
26/10/2021S.
Send email to reviewer  |  Report review


Share review
5.00 out of 5
Excellent
Recommendation
Katja is very professional. She takes the time to investigate everything. She has helped me and my family a lot. I can only recommend her.

Your message to Katja Gründer

All reviews and experiences about Katja Gründer are the subjective opinions of those who compose and submit them  |  The profile owner is responsible for the contents of this page  |   Profile active since 20/07/2021  |  Last update: 30/01/2023   |  Report profile