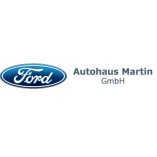 301 Reviews i
published (99%)
out of 305 reviews
of which
286 Reviews
from 4 other sources
Authenticity of reviews
Submit a review
Contact information
We, Autohaus Martin GmbH in Helmstedt, are an owner-managed car dealership with many years of experience and state-of-the-art workshop technology. Since 1993, our name has stood for automotive expertise and customer proximity in the Helmstedt area... and the surrounding region.

If you don't want to miss out on good, personal service, competent advice and fair prices, you've come to the right place.

In addition to the classic vehicle sales, our services include repair and maintenance of all brands at fixed prices

Top competencies (Based on 15 published reviews)

5.00 out of 5
3 Reviews
Customers would use Autohaus Martin again.

4.33 out of 5
3 Reviews
Customers are overall happy with Autohaus Martin.

4.44 out of 5
Good
Recommendation
I got a workshop appointment at short notice before Christmas from Autohaus Martin. Reason, missing control voltage on the radio. The appointment as well as the error automatic was made by phone. Based on my error description, I was told that a component was probably defective and this would have to be ordered first. On the day of the appointment, I handed the vehicle over to the workshop, which wanted to replace the "defective" part, but upon closer inspection determined that the component to be replaced was OK. So everything was reassembled and an invoice was written for the work involved. I left the dealership and and wrote the customer service representative a few days later, after the error case was eliminated elsewhere, an e-mail, in which I expressed my displeasure about the course of the repair and asked for feedback, happened for a long time nothing, until I got on 12.day a call from the said customer service representative, in which I was asked for a personal interview.
It turned out that my error diagnosis was misinterpreted and therefore the component should be ordered and replaced. Due to the "only component exchange" I got the appointment at short notice. Also the delayed feedback was due to the fact that I reported with my name but not with the name of the invoice recipient. Last but not least, 12 days had passed between the mail and the reply, but only 5 working days.
The result of the discussion was that the invoice would be credited to me and that they regretted the course of events.
My problem is to give a really objective evaluation about this incident. The negative part was caused by coincidence, timing and misjudgement, but in the end it had a positive outcome. So I am left with a "thumbs up" rating in the end.
In any case, it teaches me to discuss repairs personally with the responsible employee to rule out misdiagnosis.


Show original Translation
Quality 4.00
Consulting 5.00
Services 4.33
Customer service
Excellent (4.71)
Customer review & rating for:
Autohaus Martin
View rating
01/02/2019Günter
Send email to reviewer  |  Report review
Share review:
5.00 out of 5
Excellent
Recommendation
Finally a dealership (after what felt like 20 others) where I felt like I was treated honestly right from the first consultation. Even then I thought, this can become my car dealership.... The managing director, Mr. Jacobi, advised us very competently and professionally. As a good salesman, he also recognized what was actually still on my *heart*, what I value. He was able to answer all my questions - and I had many - in a binding manner. Ambiguities were clarified immediately and on the spot by him. Agreements were kept to 100%.
It has become our car dealership, we have bought a Ford Ecosport, or made via financing. That was also no problem.
I can only recommend this dealership to everyone.
Likewise, I can highly recommend the Ecosport as a "small SUV" after the first kilometers! !
Our conclusion : It is also worthwhile to change the brand. Especially from a currently only arrogant, arrogant brand that thinks not the customer is king, but they themselves. At least we will never again buy a car from this brand!
This is also in the car dealership Martin as should be!!!

286 Reviews from 4 other sources

Your message to Autohaus Martin

* All reviews and experiences about Autohaus Martin are the subjective opinions of those who compose and submit them  |  The profile owner is responsible for the contents of this page  |   Profile active since 07/11/2016  |  Last update: 09/22/2021   |  Report profile