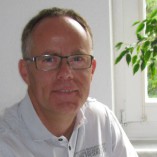 4.89 out of 5
Excellent
38 Reviews
Authenticity of reviews
Submit a review
Contact information

5.00 out of 5
10 Reviews
Customers are overall happy with the results.

4.89 out of 5
Excellent
5.00 out of 5
Excellent
Recommendation
We have used the services of Mr. Bauske for the second time and are again thrilled.
After buying our house, we made an inventory with Mr. Bauske and implemented the proposed measures (shielded electrical installation, location of beds, etc.) during the renovation.
Since we still had complaints, we used the support of Mr. Bauske another time. In the process, burdens from Dect telephones, WLAN, rock fractures and underground water-bearing rock layers were still determined.
All but one of the Dect phones were replaced with corded phones and the Dect phone was put into Eco mode. For the WLAN, the timing was adjusted and beds were moved to locations suggested by Mr. Bauske.
In addition, GeoProtect foils were laid underneath the beds and the workstation, electrical appliances were plugged into the sockets in a phase-compliant manner, and the connecting cables of the lamps in the sleeping area were replaced by shielded cables....
After only a few weeks, our well-being has improved significantly and our complaints have decreased considerably. It was clear to us that such a well-founded analysis is not to be had for free. But in the end, health and well-being are more important and the money is well invested.

Thank you very much, Mr. Bauske, and I wish you continued success in all your undertakings.

Comment from Baubiologie & Umweltanalytik MB Berlin:
Thank you very much. May your evaluation also give courage and hope to those seeking help to be able to take the next step towards relief/healing.
And please, continue your very good way and stay healthy from now on.
Send email to reviewer  |  Report review
Share review:
5.00 out of 5
Excellent
Recommendation
In my case, Mr. Bauske's consultation led to a reduction in radiation exposure.

The reason was the erection of a mobile phone mast at a distance of approx. 70 meters from my place of residence, in whose radiation range I am directly located. For this reason, I had two appointments, one before the mobile phone mast was put into operation and one afterwards. I had wanted this procedure for legal reasons, because I wanted to prove that there was practically no mobile phone radiation here before.

Because there were two appointments, the implemented measures could be examined again after the first appointment. It was surprising for me that the strongest exposure was in my living area (DECT and WLAN) and that a quick remedy was possible here (new telephone, abandonment and change of the WLAN situation). I was also able to free the sleeping areas from electrosmog (mains isolation switch and grounding of the sleeping areas).

I find that the measurements clearly assess the situation and that measures can then be implemented in a targeted and effective manner. Mr. Bauske's help has brought me aha experiences, although I was already informed about the topics. The measurement of radiation alone is an important point. The advice of Mr. Bauske, of course, too. As a result, the additional exposure from the mobile phone mast has been compensated by a significant reduction of radiation sources in the living space. The benefit for my health is here higher than very good.

I give to consider that the conversion of some Mahnahmen with me also cost money, which I spent for my health however gladly.

All reviews and experiences about Baubiologie & Umweltanalytik MB Berlin are the subjective opinions of those who compose and submit them  |  The profile owner is responsible for the contents of this page  |   Profile active since 08/09/2016  |  Last update: 06/21/2021   |  Report profile