Lawyer in Kerpen and Witten 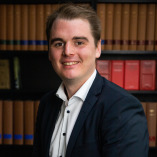 4.89 out of 5
Excellent
107 Reviews
of which
103 Reviews
from 4 other sources
Authenticity of reviews
Submit a review
Contact information
BAUMFALK Law Office is a young law office representing entrepreneurs and individuals in the areas of labor law & criminal law.
View full description

5.00 out of 5
1 Reviews
BAUMFALK - Rechtsanwaltskanzlei offers a professional service.

5.00 out of 5
1 Reviews
BAUMFALK - Rechtsanwaltskanzlei is open and clear in terms of communication.

4.98 out of 5
Excellent
5.00 out of 5
Excellent
Recommendation
The contact was made by phone and very quickly. He took time for my request and then explained the further procedure to me. Professional and human absolutely top! Currently it looks like his advice has "worked".
In the event that I need a lawyer again, I will definitely go to Mr. Baumfalk again.


Show original Translation
Quality 5.00
Value 5.00
Services 5.00
Performance 5.00
Consulting 5.00
Customer service
Excellent (5.00)
Cost-performance ratio
Excellent (5.00)
Customer review & rating for:
BAUMFALK - Rechtsanwaltskanzlei
View rating
07/02/2021M. W.
Send email to reviewer  |  Report review
Share review:
5.00 out of 5
Excellent
Recommendation
I was reported by my bank for subsidy fraud and money laundering and I could no longer understand the world. With some research on the Internet I came across the law firm of RA Baumfalk. A law firm, which did not place unrealistic advertisements and nevertheless could convince professionally. After a first phone call, Mr. Baumfalk calmed me down a bit and promised me chances of success in court. After the mandating, he wrote a 13 silk statement to the public prosecutor's office, which, however, met with little response. So we received a penalty order, against which we filed an objection. In the main hearing Patrick Baumfalk could score however then on full broadside. With his witty and cheeky manner, he literally talked everyone against the wall, so that in the end the public prosecutor even requested an acquittal. Logically, we won the case and the 1700 € I had to pay in advance were completely covered by the state.
TOP - it could hardly be better.
For this reason I can recommend RA Baumfalk with full conviction.
Thank you very much for your help.

103 Reviews from 4 other sources

Your message to BAUMFALK - Rechtsanwaltskanzlei

All reviews and experiences about BAUMFALK - Rechtsanwaltskanzlei are the subjective opinions of those who compose and submit them  |  The profile owner is responsible for the contents of this page  |   Profile active since 05/10/2020  |  Last update: 08/05/2022   |  Report profile