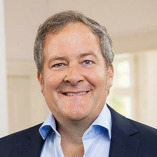 5.00 out of 5
Excellent
184 Reviews
of which
175 Reviews
from 3 other sources
Authenticity of reviews
Submit a review
Contact information
As attorneys, tax advisors, specialists in labor law, commercial law, corporate law, tax law and intellectual property law, we solve all legal and tax issues in the field of business law. An experienced team is available to advise and represent... clients in solving individual and collective labor law issues, which often also touch on corporate, social, tax, medical and sports law. We advise and represent clients in all areas of employment law. In addition, we also advise board members, managing directors, employees in service and employment law issues as well as athletes and persons in the medical professions.

You can also expect high-quality and well-founded expertise from me in the area of commercial and corporate law. On the one hand, I accompany you with a great deal of expertise and specialist knowledge during the formation phase of your company, but also during its demerger, transformation or liquidation. On the other hand, I offer you competent and reliable legal advice when it comes to choosing the right legal form for your company. Furthermore, I excel in the careful and customized drafting, optimization and review of commercial contracts and partnership agreements.

In the greater Munich area, our law firm's activities extend in particular to Starnberg, Seefeld, Herrsching, Wessling, Gilching, Germering, Gräfelfing, Planegg, Landsberg am Lech, Fürstenfeldbruck, the Ammersee and Five Lakes Region, Schongau and Weilheim. Here we are happy to serve you from our Munich office.

5.00 out of 5
3 Reviews
Bernd Gasteiger offers a professional service.

5.00 out of 5
3 Reviews
Bernd Gasteiger raises awareness of new perspectives and aspects.

175 Reviews from 3 other sources

Your message to Bernd Gasteiger

All reviews and experiences about Bernd Gasteiger are the subjective opinions of those who compose and submit them  |  The profile owner is responsible for the contents of this page  |   Profile active since 03/30/2019  |  Last update: 03/05/2022   |  Report profile