Better customers for entrepreneurs and self-employed with social media marketing 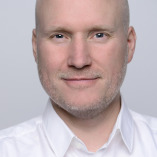 This award is based on the customer reviews of the last 12 months:
4.97 out of 5
Excellent
26 Reviews
Criteria for the award >

5.00 out of 5
17 Reviews
The services provided have brought long-term satisfaction.

5.00 out of 5
17 Reviews
Customers would use the services of Björn Tantau again.

That was the best investment for me in a long time. I have never experienced such intensive support anywhere else. But as you said at the very beginning - this is exactly how it has to be, so that I as your customer can achieve my goals. And that's exactly what has happened now.

Comment from Björn Tantau:
Thank you very much. And yes... it's on! Working with you guys is great!
Send email to reviewer  |  Report review
Share review:
5.00 out of 5
Excellent
Recommendation
I took part in one of Björn's longer training sessions after having had a bad experience with another coach. Accordingly, I was a bit skeptical, but I found his offer very conclusive and decided to go for it. Today I can say: I have not regretted it. I did it because I didn't know what to do. My problem was that I already had a good reach in social media, but I wasn't able to use this reach to acquire customers. I had to rely on Google Ads again, but they were too expensive for me. It was important for me to be organically active on Facebook and Instagram so that I could reach the right people in my target group - who would then become customers. That's exactly what I'm doing now, because I learned it all over again in the training and now I really understand it. I'm now able to address exactly the people I really want to have as customers, so it's much easier to actually get them as customers. Also had to do with my positioning. In addition, I also switched from Google Ads to Facebook Ads during the training. Which worked much better than I thought it would. But was also because I didn't know how to use Facebook Ads properly to make more sales. So overall a very good investment for me. All thumbs up!
Show original Translation
Quality 5.00
Value 5.00
Services 5.00
Implementation 5.00
Consulting 5.00
Customer service
Excellent (5.00)
Cost-performance ratio
Excellent (5.00)
Customer review & rating for:
Björn Tantau
View rating
05/30/2022Leon S.

Comment from Björn Tantau:
Thank you!
Send email to reviewer  |  Report review
Share review:
5.00 out of 5
Excellent
Recommendation
Björn answered all my questions quickly and competently in a one-on-one consultation and gave me additional tips and impulses. This helped me a lot for the project in which I had to use Facebook and Instagram.
Show original Translation
Quality 5.00
Value 5.00
Services 5.00
Implementation 5.00
Consulting 5.00
Customer service
Excellent (5.00)
Cost-performance ratio
Excellent (5.00)
Customer review & rating for:
Björn Tantau
View rating
05/19/2022Joachim R.

Comment from Björn Tantau:
Thank you very much!
Send email to reviewer  |  Report review
Share review:
5.00 out of 5
Excellent
Recommendation
Great coaching. The content is useful and practical. There is always individual support and I never felt "left alone". Everything fit. Also my results, in the last 3 months I have gained more customers via Facebook and Instagram than in the whole of last year. So I can only recommend it :-)
Show original Translation
Quality 5.00
Value 5.00
Services 5.00
Implementation 5.00
Consulting 5.00
Customer service
Excellent (5.00)
Cost-performance ratio
Excellent (5.00)
Customer review & rating for:
Björn Tantau
View rating
05/10/2022Kerstin L.

Comment from Björn Tantau:
Thank you!
Send email to reviewer  |  Report review
Share review:
5.00 out of 5
Excellent
Recommendation
Björn has been the expert on social media for me for years. I love listening to his podcast and following him on Facebook. His tips are incredibly valuable and always inspire my own reflection. For me, there is no way around Björn Tantau if you want to be successful in social media.
Show original Translation
Quality 5.00
Value 5.00
Services 5.00
Implementation 5.00
Consulting 5.00
Customer service
Excellent (5.00)
Cost-performance ratio
Excellent (5.00)
Customer review & rating for:
Björn Tantau
View rating
02/08/2022Kirsten B.

185 Reviews from 2 other sources

Your message to Björn Tantau

All reviews and experiences about Björn Tantau are the subjective opinions of those who compose and submit them  |  The profile owner is responsible for the contents of this page  |   Profile active since 10/06/2016  |  Last update: 10/05/2022   |  Report profile