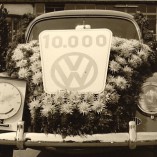 4.57 out of 5
Excellent
4,342 Reviews
of which
4,195 Reviews
from 21 other sources
Authenticity of reviews
Submit a review
Contact information
The thiel group is your reliable mobility partner in the districts of Paderborn, Höxter and Gütersloh and offers you a wide range for the realization of your automotive wishes with the brands Volkswagen, Audi, Skoda, SEAT, Porsche, Volkswagen Commercial Vehicles and Westfalia. We are there for you with passion and competence.
View full description

4.31 out of 5
Good
1.00 out of 5
Poor
Unfortunately, already made several bad experiences at Thiel Schloß Neuhaus / Skoda.
Each time longer waiting times. One feels like a supplicant.
The way the employees treat each other doesn't seem to be the best either. Have experienced during a visit, as one has angegiftet in front of customers.
Then there was a campaign concerning the inspection and oil change. This ended at the end of April. I called at the beginning of April. Unfortunately, no one from the branch answered the phone. I ended up in Paderborn. The employee said they would call me back from the Schloß Neuhaus branch. Now we have the 20th of June. I am actually satisfied with Skoda, but Thiel probably no longer.

Show original Translation
Service on offer 1.00
Consulting 1.00
Services 1.00
Processing 1.00
Customer service
Poor (1.00)
Cost-performance ratio
Poor (1.00)
Customer review & rating for:
die thiel gruppe Kundenzufriedenheitsbefragung
View rating
06/20/2022Anonymously
Send email to reviewer  |  Report review
Share review:
5.00 out of 5
Excellent
Recommendation
We, the Sieke driving school, purchased our 1st e-car there, at a super price.
The sales consultant" Nils Gieffers,"has advised us to our complete satisfaction and stood by us throughout the entire purchase process. Mr. Siemens (trainee) and Mr. Gieffers have us by their friendly and arranged kind, the day of delivery really embellished,
Friendliness and still the feeling "THE CUSTOMER IS KING" is 100% correct here.
Thank you for the great cooperation and we will certainly come back.

Comment from die thiel gruppe:
Dear Mr. Sieke, thank you for your 5-star review and for taking the time to share your experience with us online. We are very pleased that we were able to inspire you and will of course pass on your praise to both gentlemen.
Best regards, your team from Thiel
Send email to reviewer  |  Report review
Share review:
4.40 out of 5
Good
Recommendation
Thanks especially to Felix Guski, that was always very personal and fair advice. That's exactly what's important to me, and that's why I'll be happy to come back.
Show original Translation
Quality 5.00
Service on offer 4.00
Consulting 5.00
Services 4.00
Processing 4.00
Customer service
Excellent (5.00)
Cost-performance ratio
Good (4.00)
Customer review & rating for:
die thiel gruppe Kundenzufriedenheitsbefragung
View rating
06/13/2022Anonymously
Send email to reviewer  |  Report review
Share review:
1.60 out of 5
Fair
I would strongly advise against buying a car from this dealership.

I bought a very young used car (only 7 000 km) with the highest quality seal "The World Car" here. It turned out that the vehicle, in addition to the known software problems that were solved relatively quickly, has wide physical problems - jerky start-up, jerky gearshifts and very clear vibration at certain speeds. This could hardly be noticed during the extremely short test drive of 30 min.

First the dealership talked itself out of it with the standard "state of the art" statement. Then I was shown that another vehicle of this type had the same problems. Redemption and conversion were excluded. The dealership has the satisfaction and service for the customers strongly in the background, in the foreground is obviously the pure profit at any price.

A mail to neuemedien@... and other responsible persons of the house brought nothing.

Now, a few weeks later I get an invoice issued with the request for payment, WHILE this bill is already long settled by the named voucher.

From my personal point of view, I would not recommend this dealership to anyone or the parts sales area and the processing behind it.

Comment from die thiel gruppe:
Dear Mr. Lake, thank you very much for your kind words and the excellent rating! We are happy to forward your feedback to Mr. Osterode and are sure that he will be very pleased. See you hopefully soon again and best regards, your team from Thiel Group.
Send email to reviewer  |  Report review
Share review:
5.00 out of 5
Excellent
Recommendation
I hereby evaluate a used car purchase with Mr. Isenborth.
During the initial telephone contact, all questions were answered competently. Everything was prepared for the test drive on the agreed date. During a detailed consultation, all questions were answered with a lot of expertise. Even questions asked later were clarified very promptly by phone. At my request, Mr. Isenborth organized accessories so that I could take delivery of the vehicle after only a few days.
I got to know Mr. Isenborth as a friendly, reliable and competent salesman and will gladly recommend him as a contact person.
Show original Translation
Quality 5.00
Service on offer 5.00
Consulting 5.00
Services 5.00
Processing 5.00
Customer service
Excellent (5.00)
Cost-performance ratio
Excellent (5.00)
Customer review & rating for:
die thiel gruppe Kundenzufriedenheitsbefragung
View rating
12/05/2021Mechthild P.

Comment from die thiel gruppe:
Dear Mrs. P., thank you very much for rating us with 5 stars and for your positive comments about the advice and support, especially from Mr. Isenborth. Of course, we were happy to pass on your feedback immediately and we are already looking forward to welcoming you back in person soon! Best regards and thank you for your trust, your team from the Thiel Group.
Send email to reviewer  |  Report review
Share review:
5.00 out of 5
Excellent
Recommendation
I bought a used car from Mr. Isenborth - without a prior inspection and test drive due to the distance. The open, competent, professional and above all honest and trustworthy manner has convinced from the first conversation. The good service (including pick-up at the station) when taking over the vehicle only confirmed the first impression. Even questions that arose afterwards were clarified 100%. Many thanks for everything. I will definitely recommend.
Show original Translation
Quality 5.00
Service on offer 5.00
Consulting 5.00
Services 5.00
Processing 5.00
Customer service
Excellent (5.00)
Cost-performance ratio
Excellent (5.00)
Customer review & rating for:
die thiel gruppe Kundenzufriedenheitsbefragung
View rating
10/29/2021Olaf Brämer

Comment from die thiel gruppe:
Thank you very much for your 5* rating. We are very pleased.
Report review
Share review:
4.80 out of 5
Excellent
Recommendation
I felt very comfortable right from the start. From the test drive to the consultation to the conclusion of the contract a good and competent service.
Many thanks to the Seat/Cupra team in Rheda-Wiedenbrück Mr. Mirbach and Mr. Diermann. Especially to Mr. Diermann for the uncomplicated handling of the vehicle order.
The thiel group is highly recommended. In this car dealership the customer is still in the foreground!
Show original Translation
Quality 5.00
Service on offer 4.00
Consulting 5.00
Services 5.00
Processing 5.00
Customer service
Excellent (5.00)
Cost-performance ratio
Good (4.00)
Customer review & rating for:
die thiel gruppe Kundenzufriedenheitsbefragung
View rating
08/06/2021Christopher

Comment from die thiel gruppe:
Dear Christopher, thank you very much for your kind words and the excellent review! We are happy to forward your feedback to the two gentlemen and are sure that they will be very pleased. See you hopefully soon again and best regards, your team from Thiel Group.
Send email to reviewer  |  Report review
Share review:
5.00 out of 5
Excellent
Recommendation
The gentlemen from the Porsche parts service know their stuff, help even with difficult questions competently
and friendly ! They are reliable and obliging. A Porsche Center of the old school. Many thanks !
Show original Translation
Quality 5.00
Service on offer 5.00
Consulting 5.00
Services 5.00
Processing 5.00
Customer service
Excellent (5.00)
Cost-performance ratio
Excellent (5.00)
Customer review & rating for:
die thiel gruppe Kundenzufriedenheitsbefragung
View rating
06/15/2021Anonymously

Comment from die thiel gruppe:
Thank you very much for your review. We were very pleased with the feedback. We want to constantly improve our service and fully align it with the needs and wishes of our customers. For this reason, we are especially pleased when customers take the time to leave us personal feedback.
Send email to reviewer  |  Report review
Share review:
4.00 out of 5
Good
Recommendation
VW Golf PB-LK 1905;
After a personal telephone call, an assessment that I had given incorrectly could be clarified. I am happy to give the company VW Thiel in Rheda Wiedenbrück a very satisfactory verdict and I apologize for the previous assessment in all form.
Bruno Klegraf
Show original Translation
Quality 4.00
Service on offer 4.00
Consulting 3.00
Services 4.00
Processing 5.00
Customer service
Excellent (5.00)
Cost-performance ratio
Average (3.00)
Customer review & rating for:
die thiel gruppe Kundenzufriedenheitsbefragung
View rating
10/20/2020Bruno Klegraf

Comment from die thiel gruppe:
Dear Mr. Klegraf, thank you very much for the revision of the rating. We are very pleased that we were able to satisfy you after all. Many greetings, the team of Thiel Rheda-Wiedenbrück.
Send email to reviewer  |  Report review
Share review:
1 2 3 4 5 6 7 8

Your message to die thiel gruppe

All reviews and experiences about die thiel gruppe are the subjective opinions of those who compose and submit them  |  The profile owner is responsible for the contents of this page  |   Profile active since 08/01/2017  |  Last update: 06/20/2022   |  Report profile