myCraftnote Digital GmbH
Write a message
Get in touch 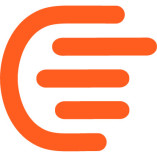 2,780 Reviews i
published (99 %)
out of 2,783 reviews
of which
2,747 Reviews
from 3 other sources
Authenticity of reviews
Submit a review
Share profile
Contact information
The Craftnote crafts app connects your construction site / workshop with the office and ensures that documents and information end up where they belong. The app simplifies project documentation and noticeably improves communication in craft businesses.
View full description

Top competencies (Based on 33 published reviews)

4.33 out of 5
3 Reviews
myCraftnote Digital GmbH offers a comprehensive and up-to-date service.

5.00 out of 5
2 Reviews
myCraftnote Digital GmbH works within the agreed-upon budget.

5.00 out of 5
Excellent
Recommendation
🙋♂️Craftnotteam
Everything is really good👍
Unfortunately our company is too small to use everything in a meaningful way.
That's why we are getting out after the trial.
Keep up the good work.
Thanks for using the trial version .
Mfg
Bernd Maier

4.20 out of 5
Good
Recommendation
I would like to be able to talk personally about certain things with someone who could help me but otherwise I am very satisfied for now but I have a few questions for a few things since I am opening soon and I would like to use the program Sincerely StefanTaferner Spengler Meister
Show original Translation
Quality 5.00
Value 5.00
Services 5.00
Implementation 3.00
Consulting 3.00
Customer service
Average (3.00)
Cost-performance ratio
Average (3.00)
Customer review & rating for:
myCraftnote Digital GmbH
View rating
01/04/2022Das fitte Dach StefanTaferner Spengler M.
Send email to reviewer  |  Report review

4.80 out of 5
Excellent
Recommendation
There are new functions and improvements on a regular basis. You are heard as a customer and can even make requests that are implemented. Great, keep it up!
Show original Translation
Quality 5.00
Value 5.00
Services 5.00
Implementation 4.00
Consulting 5.00
Customer service
Excellent (5.00)
Cost-performance ratio
Excellent (5.00)
Customer review & rating for:
myCraftnote Digital GmbH
View rating
07/06/2020Anonymously
Send email to reviewer  |  Report review

5.00 out of 5
Excellent
Recommendation
I have been looking for a simple app to have information available everywhere for a long time. The support of the support team in the initial phase was very good. Also, criticisms or suggestions are taken seriously by responding here and nothing runs into the void.
I also find it great that packages are offered and you can book them depending on your needs.
Show original Translation
Quality 5.00
Value 5.00
Services 5.00
Implementation 5.00
Consulting 5.00
Customer service
Excellent (5.00)
Cost-performance ratio
Excellent (5.00)
Customer review & rating for:
myCraftnote Digital GmbH
View rating
24/05/2020Uwe B.
Report review


Share review
4.00 out of 5
Good
Recommendation
We learned about Craftnote through Facebook. After that, we switched our operational processes to Craftnote and use it 80% of the time. So far, we have been to one training session. We like working with Craftnote and the employees are embracing this new challenge. Of course, it is always difficult to implement such drastic measures. But it works and we are very satisfied! Bg Jörg
Show original Translation
Quality 3.00
Value 4.00
Services 4.00
Implementation 4.00
Consulting 5.00
Customer service
Excellent (5.00)
Cost-performance ratio
Good (4.00)
Customer review & rating for:
myCraftnote Digital GmbH
View rating
15/04/2020Jörg H.
Send email to reviewer  |  Report review


Share review
5.00 out of 5
Excellent
Recommendation
Simply great!
I've been looking for a digital solution for a long time and have finally found it.
The app helps me a lot to organize my daily life on the construction site. We use it on 3 tablets and 2 iPhones. The price is also completely in order...
Someone is always available by phone and email. The employees in customer service are really very helpful and friendly, which is now unfortunately already known to other companies differently.
Really only recommend :)
Show original Translation
Quality 5.00
Value 5.00
Services 5.00
Implementation 5.00
Consulting 5.00
Customer service
Excellent (5.00)
Cost-performance ratio
Excellent (5.00)
Customer review & rating for:
myCraftnote Digital GmbH
View rating
15/04/2020Anonymously
Report review


Share review
3.00 out of 5
Average
The app itself has added value. Unfortunately, the development speed has slowed down in recent months. Promised features have not been delivered until today. On the other hand, the app is free. The Facebook group also responds quickly to requests.
Unfortunately, Craftnote has also repeatedly come up with errors in recent months. For example, the upload on Samsung devices has not worked properly for a few months or is extremely slow even on Wi-Fi or LTE+.
In addition, they have long advertised with 100% hosted in Germany, which is apparently not true, because these marketing slogans have completely disappeared from the site, and even when logging in with Google, the text "craftnote-live.firebaseapp.com" appears. After some quick research, I found out that Firebase is an all-in-one service from Google for app developers. So it seems that the data is hosted by Google. Whether you want that is up to you.
Show original Translation
Quality 2.75
Value 2.63
Services 2.60
Implementation 3.00
Consulting 4.00
Customer service
Good (4.33)
Cost-performance ratio
Excellent (5.00)
Customer review & rating for:
myCraftnote Digital GmbH
View rating
29/02/2020T.
Send email to reviewer  |  Report review


Share review
4.80 out of 5
Excellent
Recommendation
I only wanted to test the app for a short time, and I am very enthusiastic about it. The app and the website complement each other perfectly and are both very easy to understand and use. This creates acceptance among users when the boss has come up with something new "again". And another praise goes to the support team, which is not only fast but also extremely helpful. If this didn't exist, it would have had to be invented in exactly the same way.
Show original Translation
Quality 5.00
Value 5.00
Services 4.00
Implementation 5.00
Consulting 5.00
Customer service
Excellent (5.00)
Cost-performance ratio
Excellent (5.00)
Customer review & rating for:
myCraftnote Digital GmbH
View rating
25/11/2019Frank W.
Send email to reviewer  |  Report review


Share review
5.00 out of 5
Excellent
Recommendation
I discovered the app at the Bau trade fair in Munich. I was thrilled by the simple structure and handling. Likewise the free use, for the extensive basic functions.
We're using it more and more intensively on the job and I wouldn't want to do without it. No more distributing dozens of paper plans, which then get lost in the cars or on the construction site. Everyone always has everything on hand!

Compliments also to the support, it's really top! You get a very timely response and suggestions are also positively received or otherwise helped.

Your message to myCraftnote Digital GmbH

* All reviews and experiences about myCraftnote Digital GmbH are the subjective opinions of those who compose and submit them  |  The profile owner is responsible for the contents of this page  |   Profile active since 21/02/2019  |  Last update: 23/09/2022   |  Report profile