Energieinsel GmbH
Write a message
Get in touch 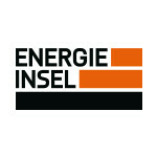 239 Reviews i
published (96%)
out of 250 reviews
of which
108 Reviews
from 3 other sources
Authenticity of reviews
Submit a review
Contact information
We are convinced that a sustainable energy concept and a renewable power supply are the basis for meeting the challenges of climate change. Sustainability and efficiency of your solar power plant are our clear claim. We make people independent.
View full description

Top competencies (Based on 131 published reviews)

4.96 out of 5
48 Reviews
Energieinsel GmbH works within the agreed-upon budget.

5.00 out of 5
47 Reviews
Energieinsel GmbH is reliable, reputable, and friendly.

5.00 out of 5
Excellent
Recommendation
Very good Sevice. good advice and help with problems. I can only recommend.

In a nutshell:
All our special requests would be taken into account, the dates that were mentioned at the conclusion of the contract significantly undercut. Whether the plant works, I can not say yet, we are now waiting for the EDIS to get the digital meter.

The long version:
My wife and I occupy a large single-family home in the greater Nauen area. From many points of view, we have decided at the end of 2021 to install a PV system ( >>No solar system<< ;-) ). Over the Internet we have searched for possible partners, since in our private environment still nobody has a PV plant. After we have informed ourselves first independently, in order to be able to specify the basic points for an offer inquiry then the following was certain: Island solution, three-phase current also in the emergency current enterprise, memory, preparation of charging station E car, load-dependent connection of the heating (we have a wood gasifier heating with large buffer memory, which already has an electrical heating cartridge), as large a number as possible of modules on the roof. All this should lead to become as independent as possible from the electricity from the street. To be as self-sufficient as possible in case of emergency. The whole thing is not under the aspect of amortization.

Then came the first contacts to various suppliers, from sending photos to two and a half hours of conversation with inspection of the roof and the possible line through the house, everything was there. Offers that we never received, offers that didn't take into account at all what we actually wanted, offers that partially corresponded to our wishes, offers about a system rental and...believe it or not, one single offer that took into account all our special wishes. It was the one from Energy Island....It was also the one with the two and a half hour..... Thank you Leonard G...... (No idea if I'm violating privacy rules here or not....)

The nice Leonard was the only one who understood that I would actually sacrifice a skylight for the goal of self-sufficiency and to have enough electricity in the winter also üderdachen the terrace. After our conversation with Leonard, we were able to pick up three offers a few days later in Oberkrämer at the SItz of the company. We drove there with the AUto, so no idea whether that is barrier-free, or whether it is good to reach by public transport. We live in the countryside and the question would be rather whether we get away well with the Öffis...well...
Anyway, we have of course looked down on the right on the offers, and then first very deep breath....The numbers were jensets of what we had imagined so. Sure. Ukraine, Corona, CHina strike...what do I know.... everything is getting more expensive. PV systems obviously too.
We have then, I think, still two further offers made, which were drawn exactly always finer, because due to availability and our special requests, which were then also still expanded something was changed.... We then commissioned the last offer in June 2022. The latest date of completion was to be April 2023.

Agreed was that I give a go after removal of the skylight and the construction of the terrace roofing....Have I done. 7 September 2022... On Saturday 17.9.at 16:00 clock, the call came whether on Monday the scaffolder could come.... Well, it was Tuesday, maybe I was too excited to remember the right date. To make the work easier, we cut two branches off a tree. This made the way for the elm much shorter. Another coffee was offered and in no time at all the armor was in place. I had prepared myself for two days of work, after two hours we had bockwurst and knacker for breakfast. The armor stood and the Rüster (Fa. Piskorz) even had time for a little chat.

The next day the two installers for the solar panels arrived. After some measurements and considerations it was clear that the Anlgae can not be realized as previously thought and planned. Reasons for this can be searched for a long time, but due to many years of professional experience in the construction industry, it was nothing new for me that plans are just mind games and the reality is sometimes different. Even if, as in our case, it was only a matter of a few centimeters....We then rescheduled the position of the modules on site with the fitters and then everything was completed by Friday. During lunch and also in between, many things were explained and discussed. It was fun for me to see the enthusiasm with which one can go about one's work. The dismantling of the equipment worked just as smoothly as the assembly. Here, too, the date was coordinated by telephone, as usual. On 17.10. the electricians arrived and on 18.10. everything was ready. An uplifting moment, when the old counter ran backwards. Unfortunately, only for 3 kWh...After a final explanation, introduction to the system and a test of the emergency power function....( I still get goose bumps)... it was then DONE....Inngang nnoch the registration in the Marktstammdatrenregister, even here with the help of Energieinsel....UNd now we are waiting for EDIS and the new counter..... it will hopefully not April 2023....

Thoughts in retrospect:
All, but really all employees at Energieninsel gave us the impression that you enjoy your work and that they were happy to work for us. As I wrote before, we live in the village. There are no shopping facilities, no curry shop, simply nothing. For us as builders, it was a matter of course to provide drinks of all kinds, a few cookies and chocolate and a decent lunch. That this is no longer a matter of course today, we have noted to them the many conversations. Maybe we are "Oldscool" or just human, but we also had fun and will probably have even more fun soon, when the plant goes into operation and we don't care about EON and Co ... Now after completion of the plant, the ANtwort to existing questions is no longer quite as brisk as in the run-up. But I can also understand that....
We have now still an offer for a storage enlargement made... let's see....

Very best regards to the Engergieinselteam.

There is still potential in the technical preparation for the actual implementation of the constructional measure at the customer's site; here, unfortunately, there was a delay in commissioning because technical details were not taken into account in the planning.

108 Reviews from 3 other sources

Your message to Energieinsel GmbH

* All reviews and experiences about Energieinsel GmbH are the subjective opinions of those who compose and submit them  |  The profile owner is responsible for the contents of this page  |   Profile active since 10/25/2021  |  Last update: 11/25/2022   |  Report profile