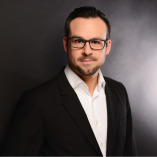 4.96 out of 5
Excellent
19 Reviews
of which
4 Reviews
from 1 other source
Authenticity of reviews
Submit a review
Contact information
Your insurance broker and financial advisor in Fritzlar and Kassel

Has your trust in the services of banks, insurance companies and financial distributors decreased? The overview of your insurances has been lost?
... This is the case for many. We can support you and offer a neutral, provider- and company-independent consultation.

As an insurance broker in the beautiful North Hesse, we do not work for a distributor or an insurance company, but exclusively for you and your interests.
The whole thing is combined with sincerity, passion and individuality, where we will have a relationship at eye level.

On the homepage you will get a rough overview of the financial and insurance sector.
Through a personal conversation we can work out an individual concept for your respective situation together. The advantages and disadvantages of the respective products will be explained to you and we will work out what suits you and your needs best.
Personal liability insurance, accident insurance, homeowners insurance, disability insurance, household insurance, supplementary health insurance or even car insurance have their own strengths and weaknesses, depending on the insurer, and must fit.

After 14 years of professional experience incl. continuous further education and training (e.g. as a finance specialist IHK), I can bring in all my knowledge and experience to present you an optimal solution. This is valid for the private part as well as for commercial insurances, e.g. business liability, content insurance or commercial legal protection insurance.

Every customer benefits from the latest technologies, such as the digital insurance order simplr Web, the associated customer app simplr or in the area of financial investments the FinanceApp.

If you would like to test this, you can register here free of charge for the digital insurance folder.

Get free and non-binding advice on all options in an initial consultation. Simply make an appointment and decide for yourself whether it should be an online consultation, a telephone appointment or a meeting in our office.

We look forward to meeting you
View full description

Content of my inquiry(s) and later consultations, as well as the conclusion of a contract in each case were:

- Occupational disability insurance with the special features "grouping and total sum". Together we found an optimal - and confirmed by the company - grouping. Regarding the amount of coverage, I feel very well and in detail advised about the running costs to be covered in case of occupational disability. Unfortunately, this was not the case in various other consultations. Although the offers were always only slightly more favorable, they did not stand up to a second examination. In the event of a claim, this would have resulted in a considerable financial hole.

- Company pension plan, also with the special feature of grouping: Here, too, an above-average policy was found in several rounds of consulting and finally selected by me.

4 Reviews from 1 other source

All reviews and experiences about Finanzmanagement Wittekind pro vitae GmbH are the subjective opinions of those who compose and submit them  |  The profile owner is responsible for the contents of this page  |   Profile active since 03/29/2020  |  Last update: 11/20/2021   |  Report profile