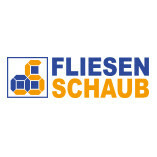 62 Reviews i
published (98%)
out of 63 reviews
of which
16 Reviews
from 2 other sources
Submit a review
Contact information
Tiles have found their way into every living area. Aesthetics, spatial effect and functionality play an important role, whether living area, bathroom, kitchen, balcony or terrace, we will be happy to advise you on your individual design wishes.... Tiles are easy to clean, hard-wearing, durable and allergy-friendly, in addition, they are the ideal heat conductor in conjunction with underfloor heating.
View full description

Top competencies (Based on 46 published reviews)

Comment from Fliesen Schaub:
Thank you very much for your positive review!
Send email to reviewer  |  Report review
Share review:
5.00 out of 5
Excellent
Recommendation
We are very satisfied with all the work and can recommend Fliesen-Schaub. The employees are friendly and can answer all questions professionally.
Show original Translation
Quality 5.00
Value 5.00
Services 5.00
Implementation 5.00
Consulting 5.00
Customer service
Excellent (5.00)
Cost-performance ratio
Excellent (5.00)
Customer review & rating for:
Fliesen Schaub
View rating
01/22/2022Anonymously

Comment from Fliesen Schaub:
Thank you very much for the positive review and recommendation for us!
Send email to reviewer  |  Report review
Share review:
5.00 out of 5
Excellent
Recommendation
It's nice that there are still craftsmen who think along with you and who you can rely on!
In our case, the flooring of our terrace was renewed with tiles. Mr. Korth and his wife advised us very well and responded to our wishes.
We are very satisfied and can only recommend the company Schaub, which we have already done in our circle of friends and acquaintances.

Comment from Fliesen Schaub:
Thank you very much for your positive review!
Send email to reviewer  |  Report review
Share review:
5.00 out of 5
Excellent
Recommendation
The company Schaub has already repeatedly done tile work for us to our complete satisfaction. From the consultation, the recommendation of the tiles, ideas of the installation to the clean, professional and fast execution: Everything top!
Gladly again!
Show original Translation
Quality 5.00
Value 5.00
Services 5.00
Implementation 5.00
Consulting 5.00
Customer service
Excellent (5.00)
Cost-performance ratio
Good (4.00)
Customer review & rating for:
Fliesen Schaub
View rating
10/29/2021H.

Comment from Fliesen Schaub:
Thank you very much!
Send email to reviewer  |  Report review
Share review:
5.00 out of 5
Excellent
Recommendation
At Fliesen Schaub everything is just right! The professional advice by Mrs. Schaub-Korth when choosing the tiles. Mr. Korth is always approachable - comes even late in the evening to the site to discuss work. Change requests are always taken into account. The employees Sascha and Michael are very competent and helpful to find and implement possible solutions. We have now planned and implemented two bathrooms with this company. We can recommend the company Fliesen Schaub 100%, and are glad that there is still such a company where you can say that everything fits together. Thank you for the great advice, the super service, and the design of our new bathroom.
Show original Translation
Quality 5.00
Value 5.00
Services 5.00
Implementation 5.00
Consulting 5.00
Customer service
Excellent (5.00)
Cost-performance ratio
Excellent (5.00)
Customer review & rating for:
Fliesen Schaub
View rating
06/28/2021Werner W.

Comment from Fliesen Schaub:
Thank you very much!
Send email to reviewer  |  Report review
Share review:
5.00 out of 5
Excellent
Recommendation
We had a competent contact person from the beginning to the end of the work to be carried out.
Our wishes were taken into account. All work was done cleanly, correctly and quickly.
The employees of the company Schaub were very obliging and friendly.
We can therefore recommend the company Fliesen Schaub in any case.

Comment from Fliesen Schaub:
Thank you very much!
Send email to reviewer  |  Report review
Share review:
4.95 out of 5
Excellent
Recommendation
In our private kitchen in an old half-timbered house, we had imagined classic 10x10 tiles in a checkerboard pattern. Since at the moment mainly huge tiles in various shades of gray and beige are fashionable, we were unsure whether we would find a tiler who would implement this wish.

No problem, it was said at Fliesen Schaub, of course we can.
We received further suggestions on possible laying patterns.
Result: the area should be laid diagonally with a solid color border.

Punctually at 7:00 the good-humored employees of the company Fliesen Schaub arrived at our place. There was a joint meeting with the boss, Mr. Korth, and everything that had been negotiated in advance with Mr. Korth was briefly gone through for a common understanding.
And off we went - the obviously well-coordinated team made rapid progress. At critical points we were asked and advised. And on we went... Without fussing, the work was done cleanly and the tiling grew quickly.

Due to the large number of tiles, many cuts and the laying pattern, 3 days were estimated as a precaution: after a good 2 days everything was done.

The result is great - we are very satisfied and hope that the company Fliesen Schaub will also have time for our bathroom!

Comment from Fliesen Schaub:
Thank you!
Report review
Share review:
5.00 out of 5
Excellent
Recommendation
From start to finish, the implementation was fast, clean and very precise. Above all, the advice in the run-up was competent and top when it came to detailed questions on the construction site. We can recommend the company Schaub without reservation! They were a pleasure to work with and in a good mood. Appointments were made reliably and without any problems.
Show original Translation
Quality 5.00
Value 5.00
Services 5.00
Implementation 5.00
Consulting 5.00
Customer service
Excellent (5.00)
Cost-performance ratio
Excellent (5.00)
Customer review & rating for:
Fliesen Schaub
View rating
02/03/2021Heike K.

16 Reviews from 2 other sources

Your message to Fliesen Schaub

* All reviews and experiences about Fliesen Schaub are the subjective opinions of those who compose and submit them  |  The profile owner is responsible for the contents of this page  |   Profile active since 01/11/2021  |  Last update: 05/23/2022   |  Report profile