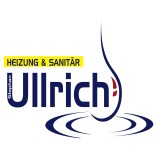 36 Reviews i
published (97%)
out of 37 reviews
of which
20 Reviews
from 1 other source
Authenticity of reviews
Submit a review
Contact information
Your professional and competent partner when it comes to contemporary heating and sanitary technology as well as individual planning and professional execution for the realization of your new dream bathroom.

We are an owner-managed, modern master... craftsman's business in heating, sanitary and air conditioning technology in Stockstadt am Rhein.
For many years, we have stood for reliable and professional installation of heating technology and sanitary systems as well as individual remodeling measures for barrier-free living in the Rhine-Main area.
We attach particular importance to the humanity, needs and wishes of our customers. Because we are not only responsible for what we do, but also for what we do not do.
Through our motivated and dedicated employees, our many years of professional experience and the necessary know-how, we manage to adapt to the needs and requirements of our customers.
We always try to find a professional and uncomplicated solution.
Convince yourself - with us, people are in the foreground.

Top competencies (Based on 16 published reviews)

4.83 out of 5
6 Reviews
Gebäudetechnik Ullrich offers a professional service.

5.00 out of 5
4 Reviews
Gebäudetechnik Ullrich gets optimal results from what is available.

20 Reviews from 1 other source

Your message to Gebäudetechnik Ullrich

* All reviews and experiences about Gebäudetechnik Ullrich are the subjective opinions of those who compose and submit them  |  The profile owner is responsible for the contents of this page  |   Profile active since 04/04/2019  |  Last update: 03/16/2022   |  Report profile