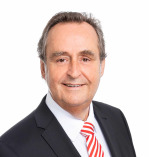 195 Reviews i
published (99%)
out of 196 reviews
of which
80 Reviews
from 3 other sources
Submit a review
Contact information
We, the company Gerdt Menne Immobilien e.K.,
are an independent real estate and consulting company operating mainly in Bochum with a clear focus on residential real estate.

As real estate experts and strategy consultants... we support buyers and sellers
in all areas of residential real estate
in buying and selling.

Top competencies (Based on 115 published reviews)

5.00 out of 5
6 Reviews
Gerdt Menne Immobilien e.K. is reliable in keeping to pre-arranged appointments.

5.00 out of 5
Excellent
Recommendation
I can really only give my warmest recommendation. A short time ago I purchased a property. From the viewing appointment to the handover of keys and even beyond, everything went perfectly! I felt very well taken care of and advised! A really professional team with great attention to detail! Exemplary!
Show original Translation
Quality 5.00
Value 5.00
Services 5.00
Performance 5.00
Consulting 5.00
Customer service
Excellent (5.00)
Cost-performance ratio
Excellent (5.00)
Customer review & rating for:
Gerdt Menne Immobilien e.K.
View rating
10/13/2021K. T.
Send email to reviewer  |  Report review
Share review:
5.00 out of 5
Excellent
Recommendation
We bought a property from Gerdt Menne Immobilien e.K. and are extremely satisfied.
Mr. and Mrs. Menne accompanied us throughout the entire process, from the first contact to the notary appointment in a very competent and friendly manner. The close exchange between broker and (potential) buyer should be emphasized. Contact was proactively maintained throughout the entire process, so that no questions remained unanswered and we felt very well taken care of. Basically, the process was very well organized, scheduling was completely uncomplicated and the purchase was handled promptly with the usual professionalism.
The current Corona situation was also dealt with professionally, so that an inspection was possible in compliance with the rules.
Absolutely recommendable due to the customer orientation and professionalism.
Once again many thanks Mr. and Mrs. Menne!!!

Comment from Gerdt Menne Immobilien e.K.:
Thank you very much for sharing your experience! Best regards to the whole family! Gerdt Menne
Send email to reviewer  |  Report review
Share review:
5.00 out of 5
Excellent
Recommendation
Dear Mr. Menne and Mrs. Menne!
After three long years, we finally managed to find our dream house through them!!!
And we are very grateful to you!
If we are honest now we were a little skeptical at first to participate in your extraordinary procedure, your way of selling houses!
It starts with a credit check of the "potential" buyer, which we found completely legitimate.
It continues with a viewing appointment. We were received nicely and warmly!
The atmosphere was immediately very positive and we felt well taken care of. Furthermore, we immediately noticed how professionally and lovingly you present the property.
When you leave the viewing, you receive a comprehensive exposé and have a few days to express your interest or not.
If one expresses interest and would like to have the real estate actually, one pays 2000€ on - which one gets back finally anyway, whether one gets the addition of the real estate or not!!!
After a few days one is informed whether one has sole interest or has "fellow combatants". If several interested parties submit an equal purchase price offer it comes at the end to a bidding procedure. Everybody is allowed to submit his offer until a certain time. It is not so that you have to outbid each other again and again, but everyone is allowed to submit a purchase price offer once.
In our case we were not the highest bidders. Despite all this, the owner decided in our favor.
Mr. and Mrs. Menne were very committed to us and this ultimately led to the owner deciding in our favor.
And now the reason why we are writing this endlessly long text.
We would like to clarify about this procedure.
We have also informed ourselves in advance about this extraordinary procedure. One should not be deterred. We have read a lot of negative things and can now say from our own experience that everything reads or sounds much worse than it actually is. Of course, you have to be aware that you might not get the property you are interested in. But you don't have the guarantee even in a "normal" procedure!
So... Do not be afraid!!! Go step by step and in the end you might even be a proud and happy homeowner!!!
Again, very very many thanks to family Menne. We felt in good hands from start to finish and can recommend you from a buyer's perspective with a clear conscience!!!
Best regards Maren and Daniel Paul

Comment from Gerdt Menne Immobilien e.K.:
Thank you very much for your positive evaluation! - Maybe it will work out with the next property. - I keep my fingers crossed.
Send email to reviewer  |  Report review
Share review:
5.00 out of 5
Excellent
Recommendation
Very fast, nice and friendly customer contact.
On our questions we quickly got good advice and assistance.

The atmosphere at family Menne + team was very familiar, so we felt very comfortable.

Comment from Gerdt Menne Immobilien e.K.:
thank you very much!
Send email to reviewer  |  Report review
Share review:
5.00 out of 5
Excellent
Recommendation
The information on the website is not sufficient for me in that I am missing the floor plan of the objects in each case; also an exterior view.
Show original Translation
Quality 5.00
Value 5.00
Services 5.00
Performance 5.00
Consulting 5.00
Customer service
Excellent (5.00)
Cost-performance ratio
Good (4.00)
Customer review & rating for:
Gerdt Menne Immobilien e.K.
View rating
09/20/2017Anonymously

Comment from Gerdt Menne Immobilien e.K.:
Everyone who has bought from us in the last 26 years has been satisfied with receiving the plans after the viewing. - Furthermore, I am not an advocate of extensive photo safaris when selling real estate. Photos should only give a first impression. If you have other expectations, we have to disappoint you...
Send email to reviewer  |  Report review
Share review:
1.11 out of 5
Poor
The website is very professional and very appealing to people looking for a property. But the first problems arise already when one is actually interested in a property and inquires about it. First, one is told the address of the property, because there would be too many requests. One should look at the object already once and announce itself then by telephone with further interest. During this telephone call, they tell you that they have recorded the data and will contact you in a few days to discuss how to proceed. Days later, one is called and asked to fill out a questionnaire of several pages, which has nothing to do with the requested property. One asks oneself really whether one engages a broker, who is to look for an object for one ??one wants nothing else than information about THIS ONE real estate for which one is interested. After processed questionnaire one is called again, receives information about the real estate and is then before one at all the object saw of the bank a financing promise to submit (calls itself creditworthiness inquiry). One is to catch up with the bank for an object a Fianzierungszustimmung and does not know yet even whether the object one will favor? CONCLUSION: Waste of time!
Show original Translation
Quality 1.00
Value 1.00
Consulting 1.33
Customer service
Poor (1.00)
Customer review & rating for:
Gerdt Menne Immobilien e.K.
View rating
08/14/2017Anonymously

Comment from Gerdt Menne Immobilien e.K.:
If you don't know the difference between "creditworthiness" and "financing" confirmation and don't have it explained to you, you want anything but to buy. Thank you for the detailed description of our activity, with which we ensure that owners do not waste time on sightseeing tourists.
Report review
Share review:
1.00 out of 5
Poor
Gerdt Menne describes himself on his homepage as a "nationwide pioneer and No. 1" in the field of homestaging, which means as much as making the house "ready for the stage".
I have inquired in the summer of 2016 several houses and was always told me in an identical mail due to a very high request, one tells me exceptionally the location of the property by mail. There would be further information genereill only in a telephone call or personal conversation.
Further contacts, partly also with inquiries or in the Mailwechsel to further objects, were answered in such a way that an answer due to the high demand unfortunately a few days would last, even if few minutes before by telephone had been.
I found this procedure unhelpful, as I had the impression that an artificial shortage was to be suggested.
A viewing appointment, I was further told, required running through an online interview over 15 pages. I experienced this as little helpful, since I inquired concrete objects, for which I am interested and over this interest to decide very well in the position are, without that I depend on a broker, who approves due to an interview accomplished by it, that I may be interested in an object and I may therefore visit it.
Finally decisive for me to have no more contact with Gerdt Menne was the inquiry of a house in Bochum Eppendorf, where probably some rooms were still inhabited by people (apparently in the context of a verbal agreement), with which it did not concern the salesmen and it was nevertheless in principle not possible to visit these questionable Räunlichkeiten before the purchase and one assumed with Gerdt Menne that this would not stand in the way of a sales. So I wrote an email, I would not pursue the object, as long as an inspection in total was not possible and asked to contact me, if this state should change, whereupon they did not contact me again.
Show original Translation
Quality 1.00
Value 1.00
Services 1.00
Performance 1.00
Consulting 1.00
Customer service
Poor (1.00)
Cost-performance ratio
Poor (1.00)
Customer review & rating for:
Gerdt Menne Immobilien e.K.
View rating
07/16/2017Sebastian S.

80 Reviews from 3 other sources

* All reviews and experiences about Gerdt Menne Immobilien e.K. are the subjective opinions of those who compose and submit them  |  The profile owner is responsible for the contents of this page  |   Profile active since 06/07/2016  |  Last update: 03/16/2022   |  Report profile