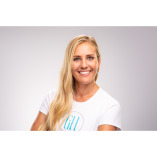 Top competencies (Based on 39 published reviews)

5.00 out of 5
12 Reviews
Customers would use the services of Gesundhaut again.

4.83 out of 5
12 Reviews
Customers are overall happy with the service.

5.00 out of 5
Excellent
Recommendation
I am very satisfied with the results of the treatments.
Show original Translation
Quality 5.00
Service on offer 5.00
Services 5.00
Information 5.00
Value 5.00
Customer service
Excellent (5.00)
Cost-performance ratio
Excellent (5.00)
Customer review & rating for:
Elektroepilation
View rating
06/26/2022Anonymously
Report review
Share review:
5.00 out of 5
Excellent
Recommendation
I started coaching with Nike in Sept 2021. It was a 1:1 coaching over 3 months. Nike said at the time that I had several construction sites at the same time. Affected were intestines, liver, adrenals and thyroid. My initial enthusiasm of "I'll get this done in 3 months." had shattered by the end of November. I was unsure if I should go into extension, as the coaching then also changed to a group coaching and no one else had the diagnosis "most severe neurodermatitis". In the end, I accepted the 3-month extension and hoped to be rid of all symptoms after that. There were several ups and downs with me, especially since I was also in hormonal imbalance. In the end, the symptoms were not gone even after 6 months. With the mindset that imbalances that build up over several years take time, the slow progression was easier for me to accept. Now, 9 months later, I can say that the resilience factor of my microbiome has increased from about 30% to 72%. So the gut rebuilding is having an effect. I am more energetic and now notice more quickly which symptoms are related to which causes and how I can counteract them. The skin has become much more supple now, in June 2022. I met Nike in person and she recommended other Dermaviduals products to take better care of the face. The feeling of having a contact person even after the coaching is great. Besides the health improvements, the coaching had other results: I stand up for myself and my needs more. I have even started coaching training myself. It has also enriched me interpersonally. Through the group coaching I got to know many sympathetic women. I am still in regular contact with two of them and I have even spent a vacation with one of them. The exchange with the other girls was very valuable to me.
My conclusion: I am not yet 100% at my goal, but the coaching had several, partly previously unimagined effects for me.
Show original Translation
Quality 5.00
Value 5.00
Customer review & rating for:
Ganzheitliches Gesundheitscoaching
View rating
06/20/2022Anni R.
Send email to reviewer  |  Report review
Share review:
5.00 out of 5
Excellent
Recommendation
I started with the holistic health coaching because I suffer from Hashimoto and was very stressed before the coaching. I wanted to bring my body back into balance, especially my hormone balance and generally become more relaxed again.
I thought I already knew a lot about nutrition and what is good for me and what is not, I did a lot of sports and was well trained and fit. But the coaching has lifted me to another level - both in terms of knowledge gain and my physical and mental development. Nike individually addressed my obstacles and we resolved many things that I didn't remotely think were (could be) connected there before.
I found the connection to myself again. This was probably my greatest coaching success besides more rest and relaxation, a few lost kilos, especially body fat - and all that almost without sports, because I had a knee injury! - a more even skin and a feeling of well-being in my body.
Nike really follows a holistic approach and I can only recommend this coaching to everyone who wants to change something health-wise. Nike puts her heart and soul into this coaching every day and I felt very comfortable with her and could open up at any time - whether in the group or just to her. It was a great 12 weeks that moved me (literally) as well as my life and still does.
Thank you for this great coaching and you!

Show original Translation
Quality 4.00
Value 5.00
Customer review & rating for:
Ganzheitliches Gesundheitscoaching
View rating
02/24/2022S.
Send email to reviewer  |  Report review
Share review:
5.00 out of 5
Excellent
Recommendation
Nike gives me the right impulses and has a sense of where I currently stand. She gives me the space to make changes at my own pace and has an incredible wealth of knowledge.

The coaching feels easy and inspiring for me, I benefit from it every day and am on the best way to achieve my goals.

I am so glad I chose the coaching because the pain symptoms alone due to my endometriosis have improved measurably in a very short time. I am currently free of painkillers and full of joie de vivre - thank you Nike 💛


Show original Translation
Quality 5.00
Value 5.00
Customer review & rating for:
Ganzheitliches Gesundheitscoaching
View rating
01/27/2022M.
Send email to reviewer  |  Report review
Share review:
5.00 out of 5
Excellent
Recommendation
To improve my skin condition as well as the health aspect, I booked this coaching. After these 6 weeks I could see and feel so much positive effects, for one. My skin now looks finer, the inflammations are less and I feel fitter and more energetic. What is also a wonderful side effect, I pay much more attention to my needs and perceive me again, without constantly only to function. What was special about the coaching was the weekly 1:1 with Nike and her comprehensive knowledge that she conveyed wonderfully. It is a pity now that it is over, I would prefer a standing order.
Best regards, Carolin
Show original Translation
Quality 5.00
Services 5.00
Value 5.00
Customer service
Excellent (5.00)
Customer review & rating for:
Online Haut & Gesundheitscoaching
View rating
10/19/2021C.
Report review
Share review:
5.00 out of 5
Excellent
Recommendation
Before I came to Nike, I was repeatedly told by my doctors to please lose weight - with the nice addition that with Hashimoto's, however, this is very difficult. Left completely alone with this, I discovered the concept of Gesundhaut.
Since I have been doing the coaching, I have (almost) easily lost 5 kg in less than four weeks. My skin has improved enormously. Before the coaching I took a cortisone ointment for 1 year, with the beginning of the coaching I stopped this and meanwhile my skin is almost like new! No comparison to before.
And all this through a change in diet! The change is incredibly easy for me so far, I would never have expected that! And even if it doesn't work out, Nike is there with tips!
So many things have improved since I started coaching: No more food cravings. No more midday fatigue - on the contrary! And something has "clicked", my motivation is still at 100%!
In addition to the dietary changes (matching my autoimmune disease, by the way), Nike ordered blood work where various deficiencies were discovered due to my poor eating habits and lifestyle. No doctor ever found this out either!
I am so glad that I found Nike and can now dedicate myself to my health and no longer stand alone in front of this mountain (in the meantime I have already climbed a huge stretch of the mountain).

* All reviews and experiences about Gesundhaut are the subjective opinions of those who compose and submit them  |  The profile owner is responsible for the contents of this page  |   Profile active since 11/20/2019  |  Last update: 06/26/2022   |  Report profile