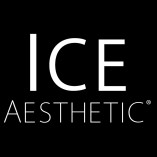 82 Reviews i
published (93%)
out of 88 reviews
of which
40 Reviews
from 6 other sources
Authenticity of reviews
Submit a review
Contact information
ICE AESTHETIC is the leading provider of cryolipolysis treatments in Europe. Since 2014, the innovative treatment of local fat deposits with targeted cold has been offered at ICE AESTHETIC. In addition to cryolipolysis, other non-invasive... treatments are also offered, such as skin tightening, cellulite or even the treatment of stretch marks.
Within the network, ICE AESTHETIC works exclusively with renowned medical specialists in order to guarantee patients the highest possible quality and, above all, safe treatment. A high customer satisfaction, as well as a large recommendation rate distinguish ICE AESTHETIC. We look back on more than 50,000 treatments in the meantime.
Let one of our competent partner doctors give you detailed and honest advice.
We are looking forward to your visit.

Comment from ICE AESTHETIC GmbH:
Thank you for your honest review! We are very sorry that you did not have a good experience at one of our locations and we would like to apologize for your negative experience. We care deeply about the satisfaction of all our patients and would love to get to the bottom of this. Feel free to email us at mail@ice-aesthetic.de with all the info about your treatment (location, treatment method and number of sessions). Then we will contact the location and get back to you. Do you agree?

We look forward to hearing from you.
Your ICE AESTHETIC Team

Comment from ICE AESTHETIC GmbH:
Hello Christian,
that is of course not nice to hear and we would like to apologize for your negative experience at one of our locations.
Feel free to send us an email at: mail@ice-aesthetic.de with all the info about your treatment (location, treatment method and number of sessions) and we would follow up with the location by phone and get back to you. Agreed?

We look forward to hearing from you.
Your ICE AESTHETIC Team

Report review
Share review:
5.00 out of 5
Excellent
Recommendation
I am thrilled and absolutely satisfied! Best advice state-of-the-art equipment and pleasant ambience. Only to recommend:)
Show original Translation
Quality 5.00
Consulting 5.00
Treatment 5.00
Practice 5.00
Service
Excellent (5.00)
Customer review & rating for:
ICE AESTHETIC
View rating
12/17/2020Anonymously
Send email to reviewer  |  Report review
Share review:
5.00 out of 5
Excellent
Recommendation
I suffer from muscle atrophy in my thigh due to a fracture, which I have not been able to eliminate with exercise. I am 67 years old and have had various physiotherapies which were not helpful because my knee was always in pain and inflamed.
Then I found out about ICE Aesthetic on the internet and signed up for the CRISTAL FIT machine to build up my quadriceps muscles.
Already after the 1st treatment I felt an increase in strength. now after 5 treatments I am so excited and have regained my quality of life.
i can walk 10 km again without pain and i am totally happy that my thigh muscles have strengthened again.
I can sincerely recommend ICE. the advice and care given by Mrs. Jevic is professional and the treatment is very effective and painless.

40 Reviews from 6 other sources

Your message to ICE AESTHETIC GmbH

* All reviews and experiences about ICE AESTHETIC GmbH are the subjective opinions of those who compose and submit them  |  The profile owner is responsible for the contents of this page  |   Profile active since 04/11/2018  |  Last update: 04/01/2022   |  Report profile