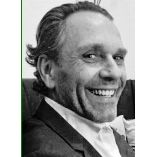 4.89 out of 5
Excellent
53 Reviews
of which
25 Reviews
from 2 other sources
Contact information
As a project developer, I have been advising and supporting companies and private individuals in real estate transactions in the Rhineland for more than 25 years and I like to get involved with my loyal regular customers. They trust me and give me... a lot of leeway in my work. I sort out the problems, point out solutions and implement them. Concretely, quickly and individually. For 13 years I have also been working as a real estate agent. Properties with difficult conditions such as fallow land or unsaleable properties are a challenge for me. The same applies to special properties such as kindergartens and social institutions. As a DEKRA-certified expert, I evaluate real estate and properties.
View full description

5.00 out of 5
4 Reviews
Customers would use the services of immobilienmakler & projektentwicklung hardy fuß again.

4.97 out of 5
Excellent
5.00 out of 5
Excellent
Recommendation
Thanks to your competent and straightforward help, we achieved a fair result on the tax assessment in a gift tax matter. You are a pleasant, always available contact person who guided us through the not uncomplicated problem. Thank you very much, we will be happy to come back to you!
Show original Translation
Quality 5.00
Service on offer 5.00
Services 5.00
Consulting 5.00
Friendliness 5.00
Customer service
Excellent (5.00)
Cost-performance ratio
Excellent (5.00)
Customer review & rating for:
immobilienmakler & projektentwicklung hardy fuß
View rating
04/26/2022S.

Comment from immobilienmakler & projektentwicklung hardy fuß:
Thank you very much for your evaluation. It was fun to achieve this result together. But you have also provided first class information!
Report review
Share review:
5.00 out of 5
Excellent
Recommendation
The cooperation is uncomplicated and smooth. The implementation is direct and professional. When I hand over the marketing to Mr. Fuß, I know that it will be done promptly, with commitment and success...a broker to trust.
Show original Translation
Quality 5.00
Service on offer 5.00
Services 5.00
Consulting 5.00
Friendliness 5.00
Customer service
Excellent (5.00)
Cost-performance ratio
Excellent (5.00)
Customer review & rating for:
immobilienmakler & projektentwicklung hardy fuß
View rating
03/12/2022Anonymously

Comment from immobilienmakler & projektentwicklung hardy fuß:
Thank you for the great review. I always enjoy working for your company. Great climate.
Send email to reviewer  |  Report review
Share review:
5.00 out of 5
Excellent
Recommendation
"I wish you every success with the sale and would appreciate it if you could give me an approximate direction of where it all ended up when the opportunity arises.
Both our architect and we found you to be a very pleasant broker and we would be happy to hear from you if I have another opportunity to work with you in the future."
Show original Translation
Quality 5.00
Service on offer 5.00
Services 5.00
Consulting 5.00
Friendliness 5.00
Customer service
Excellent (5.00)
Cost-performance ratio
Excellent (5.00)
Customer review & rating for:
immobilienmakler & projektentwicklung hardy fuß
View rating
11/30/2021Anonymously

With the decision to engage Hardy Fuß as a broker for a community of heirs
I was 100% right.
Very competent advice, broad spectrum in marketing, sale in a multi-bidding process, absolutely
multi-bidding process, spot on.
Hardy took very good care of us from the beginning and was available at any time in case of queries. Many thanks Hardy.

25 Reviews from 2 other sources

All reviews and experiences about immobilienmakler & projektentwicklung hardy fuß are the subjective opinions of those who compose and submit them  |  The profile owner is responsible for the contents of this page  |   Profile active since 12/23/2020  |  Last update: 05/10/2022   |  Report profile