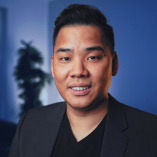 192 Reviews i
published (81%)
out of 236 reviews
of which
142 Reviews
from 2 other sources
Authenticity of reviews
Submit a review
Contact information
How about having a financial advisor who speaks your language? An advisor who supports you as an advisor and represents your interests?
Financial consulting can also be fun. I have been working as a financial advisor since 1999 and provide my... clients with comprehensive advice on all aspects of private financial planning - from insurance to asset accumulation. Lower costs for financial contracts, higher returns, more government subsidies and the good feeling of having everything taken care of - that's what you get with me from a single source.
View full description

Top competencies (Based on 50 published reviews)

5.00 out of 5
15 Reviews
...Karsten Lehnen understands the client's concerns and expectations.

5.00 out of 5
15 Reviews
Karsten Lehnenis open and clear in terms of communication.

Show original Translation
Quality 5.00
Value 5.00
Consulting 5.00
Customer review & rating for:
Finanz- und Versicherungsmakler Karsten Lehnen
View rating
05/29/2021Anonymously
Report review
Share review:
5.00 out of 5
Excellent
Recommendation
I came across Karsten via YouTube and was immediately impressed by his style and the way he explains even supposedly boring and complicated topics clearly and understandably! Because at the time I was in the process of rearranging and reviewing my documents and I was also with my previous consultant (not directly representative, but also had only a handful of providers that he recommended again and again) was no longer quite satisfied and especially with my Riester contract stomach ache, I have a non-binding appointment to get to know. What can I say? Right after the first hello, it felt as if we had known each other for a long time. Karsten makes it damn easy to feel comfortable and talk openly about everything from second one - even through the offered you. You're not ashamed of any question you ask, you have no inhibitions. Thanks to him, I was able to optimize three contracts at once (occupational disability, occupational pension and Riester), and in the meantime my husband and I have also consulted him together with his real estate expert colleague for our real estate financing.
What I particularly like is that he doesn't try to "sell" you everything new. He also says quite clearly if he simply would not change anything in the old contract. In addition, he works very transparent and understandable (screen sharing at online meetings, so you can understand everything very well).

I feel very well taken care of and advised and would unreservedly recommend Karsten to anyone who would like to have their contracts and finances independently reviewed and optimized.

Show original Translation
Quality 5.00
Value 5.00
Consulting 5.00
Customer review & rating for:
Finanz- und Versicherungsmakler Karsten Lehnen
View rating
05/23/2021J.
Send email to reviewer  |  Report review
Share review:
5.00 out of 5
Excellent
Recommendation
We had a very detailed initial consultation on the topic of financing and retirement planning. Karsten took over an hour to answer our questions and addressed our concerns in a very well-founded manner. At no time did we have the feeling that we were being pressured into anything or that we were being put under "sales pressure". Absolute recommendation. Thanks to the uncomplicated contact via Zoom also for people outside his office location.

Stephan and Jule
Show original Translation
Quality 5.00
Value 5.00
Consulting 5.00
Customer review & rating for:
Finanz- und Versicherungsmakler Karsten Lehnen
View rating
05/23/2021Stephan M.
Send email to reviewer  |  Report review
Share review:
5.00 out of 5
Excellent
Recommendation
Karsten is an honest and professional financial and insurance broker.
He takes time for his clients and takes care of their concerns very extensively and in detail.
His assessments of the insurance policies are extensive and factual but easy to understand.
He gives you the feeling from the beginning that he is very interested in the interest and welfare of his clients and is 100% committed to them.

Already in the free introductory meeting I received first evaluations about my insurances and what his recommendation would be.
Karsten immediately identified a problem with one of my insurances and took care of it right away.

Karsten is a finance & insurance broker the way you want him to be. He is not out for the quick deals, but for a long term relationship with his clients. He talks openly about costs and commission.

I am very happy to have found Karsten as a professional in the field of insurance and finance.
Here's to a hopefully long and good cooperation.

142 Reviews from 2 other sources

Your message to Karsten Lehnen

* All reviews and experiences about Karsten Lehnen are the subjective opinions of those who compose and submit them  |  The profile owner is responsible for the contents of this page  |   Profile active since 12/17/2016  |  Last update: 03/12/2022   |  Report profile