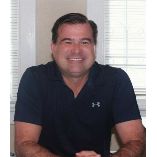 Not reviewed
Authenticity of reviews
Submit a review
Contact information
Jason Khattar was born in Windsor, Ontario, Canada and raised in Farmington, New Mexico. He is a 1992 graduate of Thomas Aquinas College in Santa Paula, California and a 1995 graduate of St. Mary's University Law School, here in San Antonio. He has been working with Mr. Goldner since 1992 and has been practicing law at his firm since 1995.

San Antonio Personal Injury Lawyer
In order to add reviews from other sources, you must be using at least the BASIC plan.
Callback request Write a message
Submit a review
Tell a friend

Your message to Khattar Law, PC