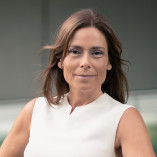 5.00 out of 5
Excellent
17 Reviews
Authenticity of reviews
Submit a review
Contact information
It is a matter close to my heart to develop a positioning for you. That leads you unerringly and reliably from interchangeability to a unique position.

5.00 out of 5
4 Reviews
The results fulfill all requirements.

Show original Translation
Quality 5.00
Value 5.00
Services 5.00
Implementation 5.00
Consulting 5.00
Customer service
Excellent (5.00)
Cost-performance ratio
Excellent (5.00)
Customer review & rating for:
Kirsten Döhla
View rating
08/16/2021Marie-Cécile Chauveau, w.
Send email to reviewer  |  Report review
Share review:
5.00 out of 5
Excellent
Recommendation
I felt very well understood by Kirsten Döhla from the first minute and this was confirmed during our collaboration. Kirsten gave me ways and ideas as well as inspiration to put my foresight for my company start-up in a completely different light. Kirsten understood very well to pick me up at the right moments where I was standing and to share her visions and her experiences with me. I actually only wanted to have an information flyer created and now I have a complete concept for my physiotherapy practice and wellness for my start into self-employment. It was always very heated in our meetings and phone calls, because I am very impulsive, but Kirsten has taken care of my She is a good listener and then you have worked out with me exactly, literally "tailored to the body", chapó Kirsten, not so many people create in my environment.

I was taken on a journey that I had not expected. Always surprised me with the famous extra mile! I always had the secure feeling of having a sparring partner by my side to tackle my goals with. Kirsten visualizes at her best and has built me a digitized and scalable business model with a cool team.
In addition to the creative, sales and technical implementation, Kirsten Döhla goes much deeper with her intuition. She addresses the things that often remain hidden - but make the crucial difference.

With these lines, I would therefore like to expressly praise and recommend the cooperation of positioning expert Kirsten Döhla:

Under the motto "Get out of the trap of interchangeability", Kirsten shows unique approaches to solutions when it comes to being perceived better and more sustainably by potential customers. She also shows why it is important to clearly differentiate oneself from the competition and develop one's own personality instead of hiding behind products.

As with other assignments before, you were immediately "on fire" to bring your creativity and extensive know-how into play, despite the complex nature of the project. You were able to quickly familiarize yourself with the subject matter and, in addition to high-quality layouts, also contribute many helpful ideas for design and presentation.

Thanks to your comprehensive work, I was able to present the concepts to our customers in a relaxed and confident manner and ultimately convince them of our services! For us, this is a true prestige object, which makes us particularly proud today - at the time of the go-live - and has brought us, in addition to sales, much praise and prestige, even from the very top of the management of Messe Frankfurt.

Neither deadline pressure nor requests for further designs around the navigation, the user guidance, the input masks and the contents of the e-brochures could get you off your guard.

Thank you for contributing to the success of the project with your work and the exemplary way you handled it! I will hire you again in the future and will gladly recommend you to any of my contacts at any time.

Kevin Balzer
Management
msg media-service-gmbh
www.m-s-g.de
Show original Translation
Quality 5.00
Value 5.00
Services 5.00
Implementation 5.00
Consulting 5.00
Customer service
Excellent (5.00)
Cost-performance ratio
Excellent (5.00)
Customer review & rating for:
Kirsten Döhla
View rating
11/13/2019Kevin B.
Send email to reviewer  |  Report review
Share review:
5.00 out of 5
Excellent
Recommendation
The service I received from Kirsten Döhla during the repositioning and concept creation for my new website far exceeded my expectations. From a sound and clear positioning to a detailed concept, I received a service of extraordinary excellence and precision. In the process, Kirsten went many an extra mile and also provided me with a customized repositioning with her professional outside perspective and advice.

The joint work always took place in a very pleasant, fine and joyful atmosphere. This also contributed to the good result.

I unreservedly recommend Kirsten Döhla for all the services she offers.

Heiko Zimmer, www.heiko-zimmer.com
Show original Translation
Quality 5.00
Value 5.00
Services 5.00
Implementation 5.00
Consulting 5.00
Customer service
Excellent (5.00)
Cost-performance ratio
Excellent (5.00)
Customer review & rating for:
Kirsten Döhla
View rating
11/07/2019Heiko Z.
Send email to reviewer  |  Report review
Share review:
5.00 out of 5
Excellent
Recommendation
At FIREDANCER, we make sure that an event literally burns itself into the memory of all participants. We make sure that not only a spark is ignited, but that the flame continues to burn.

As my cooperation partner, Kirsten helps me with one of the most important future issues for German companies - the search for good employees. By building an attractive and strong employer brand. To achieve this goal, she creates a fiery positioning and I create the fiery show at events for employee recruitment. This leads our clients unerringly and reliably from interchangeability to a unique position. Kirsten, thank you very much for the cooperation so far.

Christian Weiß | FIREDANCER GmbH
www.firedancer-for-business.de
Show original Translation
Quality 5.00
Value 5.00
Services 5.00
Implementation 5.00
Consulting 5.00
Customer service
Excellent (5.00)
Cost-performance ratio
Excellent (5.00)
Customer review & rating for:
Kirsten Döhla
View rating
10/19/2019Christian Robin W.
Send email to reviewer  |  Report review
Share review:
5.00 out of 5
Excellent
Recommendation
The first collaboration of the Montessori Center Hofheim with Kirsten Döhla took place in spring 2016.
The Montessori Center Hofheim is an independent provider of a children's house for children up to 6 years and a state-approved alternative school. The school consists of a 6-year elementary school with an entrance level, an integrated comprehensive school and a grammar school upper level. It is designed as an all-day school and also offers the possibility of after-school care for younger children in the student house. The school offers all general education diplomas, the vocational diploma, the lower secondary school diploma, the intermediate secondary school diploma and the Abitur.
The Montessori School at the Montessori Center, where I, Ralf Beyer, am commercial director and thus responsible for public relations, celebrated its 20th anniversary in 2016. To mark the occasion, we published an anniversary brochure, which was created jointly by students, parents and staff.
Kirsten Döhla took over the complete project coordination and time management for this, which in this case of the immense amount of external voluntary work was an enormously important and time-consuming job to achieve the goal.
Her task in this project was also the brochure conception, the creation and layout, the coordination of the photo selection, the creation of the artwork and the coordination with the contracted printing company. The result was an all-around successful appealing anniversary brochure, which shows the development of the Montessori School and the Montessori pedagogy.
On various occasions Kirsten Döhla took photos of children in their work with Montessori learning materials, not only at events but also in the children's house or in everyday school life. In all photos she pays attention to a good storytelling, the immersion of the child in his work but also the fun of the child comes out clearly.
In the three years of cooperation so far, several brochures and invitations have been created on various topics and occasions. Currently we are in the process of creating and revising two brochures about Montessori education and about our Montessori school.
I can only recommend working with Kirsten Döhla. It is characterized by creativity, reliability, the double view from the outsider's perspective and from the inside view and the view on the essential.

However, creating attention for events in Frankfurt is not an easy task. Kirsten Döhla's concept of resonating with the target group without advertising tricks convinced me.

In fact, Kirsten Döhla developed a classy, clear corporate design with photos, flyers as well as the appearance for social media channels for the BNI19 event at the German Film Museum. In addition, she captured the moments of the event in a photo reportage, which in turn ensured long-lasting attention. Not only the speaker of the evening, Prof. Dr. Günter Faltin, but also the guests were impressed by the quality of her work.

That is why I am happy to give my recommendation.

For my marketing, Kirsten Döhla convinces me again and again because, firstly, she is a wonderful listener and, secondly, our long-standing cooperation is characterized by reliability. Best of all, she thinks outside the box and presents practical solutions for the catering industry. Thank you!

Your message to Kirsten Döhla

All reviews and experiences about Kirsten Döhla are the subjective opinions of those who compose and submit them  |  The profile owner is responsible for the contents of this page  |   Profile active since 05/06/2019  |  Last update: 02/22/2022   |  Report profile