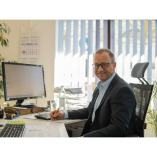 4.99 out of 5
Excellent
26 Reviews
of which
8 Reviews
from 3 other sources
Authenticity of reviews
Submit a review
Contact information
We are happy to be your personal contact for all your insurance contracts - regardless of which insurance company they are with. We review the existing contracts, point out dangerous gaps or overinsurance and make non-binding suggestions for... optimization. In this way, we achieve secure insurance coverage for you and an optimal price/performance ratio for your insurance contracts.

If you are already very well insured, we leave the contracts unchanged and only take over the cross-company support!

Furthermore, we are certified experts and your reliable partner for a completely independent and professional construction financing consultation. This allows us to offer you the best interest rates and loan conditions from banks and insurance companies.

We are often asked what costs are incurred by our special service - our service is free of charge - our remuneration is exclusively from the insurers.

The complete claims handling and your on-site support with the experience and competence of more than 14 years in the industry will inspire you!

KLEMENZ REAL ESTATE
Buying or selling real estate is demanding, multifaceted and a matter of trust.

We, the Klemenz Immobilien, Sabine Klemenz and Matthias Klemenz successfully passed the expert examination as real estate agents at the IHK Rhein-Neckar in Mannheim. With us you will receive a realistic assessment of your property, individual advice and comprehensive service.

Klemenz Immobilien is a part of the Klemenz GmbH. The GmbH emerged from the insurance industry and has established itself on the market over the last 19 years in the areas of insurance, construction financing and real estate. Through our customer base we have very good prospects for your property.

Furthermore we have a cooperation with the real estate agency Mrs. Nuria Perez from Porto Cristo, Cala Magrana (Mallorca). Mrs. Perez is an expert for the real estate business in the eastern part of Mallorca.

We are looking forward to meeting you!

Your team of Klemenz Immobilien

5.00 out of 5
2 Reviews
Klemenz GmbH offers a professional service.

Comment from Klemenz GmbH:
Dear Mrs. Gauhar,
thank you very much for your kind evaluation. We also want to thank you for great cooperation.
Report review
Share review:
5.00 out of 5
Excellent
Recommendation
We purchased a property brokered by Mr. Klemenz and are very satisfied with his work as a marketer. He was always quickly available for all questions, took great care of us and helped us with everything. Even when the purchase contract was already signed at the notary, he had an open ear for us for questions. We are very grateful for his support. Also the financing offer of a well-known German bank mediated by him has exceeded the offer presented to us by some banks, with which we also save good money monthly.
Show original Translation
Quality 5.00
Value 5.00
Services 5.00
Implementation 5.00
Consulting 5.00
Customer service
Excellent (5.00)
Cost-performance ratio
Excellent (5.00)
Customer review & rating for:
Klemenz GmbH
View rating
02/11/2022Fam. W.

Comment from Klemenz GmbH:
Dear Fam. Wittor,
we can only be as good as our clients. You are very reliable and also fast with the used documents. So the work is a lot of fun :-) Thank you very much for the great review.

Send email to reviewer  |  Report review
Share review:
5.00 out of 5
Excellent
Recommendation
Dear Mr. Klemenz,
we would like to thank you. You were available at all times, and even on Sundays.
Of course we will recommend you in the matter of financing.

Show original Translation
Quality 4.89
Value 4.50
Services 4.64
Implementation 4.80
Consulting 4.78
Customer service
Excellent (4.90)
Cost-performance ratio
Good (4.00)
Customer review & rating for:
Klemenz GmbH
View rating
06/30/2019Anna R.
Report review
Share review:
5.00 out of 5
Excellent
Recommendation
Since analyzing our old insurance portfolio a few years ago and the resulting switch to more favorable policies for us with the same or better benefits with other insurance companies, our entire family has been very satisfied with Mr. Klemenz's work. No matter when a problem arises, he is always responsive. If you can't reach him directly, because he also has a private life, he will contact you as soon as possible. He is not an "insurance agent" as he is commonly known. He is not someone who wants to conclude a contract and talk someone into something. Rather, after a thorough analysis, he advises very competently and lists the available options, so that you can ultimately decide for yourself which risks you want to have covered and how. Even after such a "stormy weekend" as the one with "Fabienne", he was never annoyed when I personally reported my incurred damages to his agency and he pointed out the procedure for recording and settling claims to injured parties on the phone at least ten times in between. Always friendly, he also repeated several times the answers to the obviously repeatedly asked questions until the callers had received the necessary information on how to act in order to minimize the damage and to take urgently required immediate measures. With Mr. Klemenz, we can certainly speak of the "insurance broker we trust". We can only recommend Mr. Klemenz.

Thank you very much!!!

8 Reviews from 3 other sources

Your message to Klemenz GmbH

All reviews and experiences about Klemenz GmbH are the subjective opinions of those who compose and submit them  |  The profile owner is responsible for the contents of this page  |   Profile active since 06/08/2016  |  Last update: 02/21/2022   |  Report profile