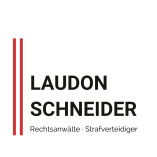 Criminal law by conviction. With enthusiasm....
Today, professional and serious criminal defense requires not only specialized knowledge of the intricacies of criminal law and criminal procedure, but also a high degree of perseverance, knowledge of human nature and life experience. True to our credo: "Everything will be all right in the end. If it doesn't turn out well, it's not the end." we persistently and relentlessly fight for the best possible outcome for our clients.

It is your right to consult a lawyer of your choice at any stage of the proceedings - better sooner than too late. You should definitely exercise this right, because this decision must not be evaluated to your disadvantage by the police and the public prosecutor's office. Defense is particularly promising at the pre-trial stage, since this is where the course is set for the further proceedings. If you contact us in confidence, we will be happy to explain your options to you in an initial assessment.


Competence in commercial and criminal tax law.
In criminal business and tax law, we defend and advise both individuals and companies.

With our expertise, we assist entrepreneurs, managing directors and board members in defending themselves in criminal cases. In addition, preventive advice to avoid criminal risks, fines and confiscation measures is becoming increasingly important today. Another focus is the support of physicians in medical criminal law.

Our clients regularly include individuals or companies who are confronted with criminal law issues for the first time - for example, because an accusation has been made against them or they have been harmed by criminal acts.

The goal of our work is therefore to intervene as early as possible in order to strategically steer the respective proceedings, avoid publicity and protect the reputation and professional advancement of our clients. Our claim is the highest quality, precision and effectiveness, in complex as well as in smaller proceedings.

LAUDON || SCHNEIDER Rechtsanwälte Strafverteidiger PartmbB is a partnership of the attorneys Mirko Laudon and Dr. Frédéric Schneider based in Hamburg.

5.00 out of 5
8 Reviews
LAUDON || SCHNEIDER Strafverteidigung offers a professional service.

4.88 out of 5
8 Reviews
Customers are overall happy with the results.

The protection of the lawyer had been exactly the right way ! The angry neighborhood had also become calmer by logical stories and one withdrew also consciously ! Keeping quiet and just thinking positive was possible through the work of the lawyer.

He had me in all matters always sovereign about the situation up to the file inspection kept up to date by the practical App Box of the law firm always informed and if it would be necessary by phone a conversation agreed. Clarity came after three months and he got insight into the suspicious photo material and was able to reassure me that everything was only a suspicion and one could point to many things. A quarter of a year later in October 2021 the facts of a public complaint by the public prosecutor's office Hamburg was stopped. There will be no more file entry
give and by a small compensation sum the case would be now briskly closed . Also here the lawyer had supported me to go into the offer .After this settlement was waived otherwise the usual 2 years retention of the data carriers. The insufficient incriminating material on the laptop about the own e-mail account and the old proven chat classic had come about, will now be handed over to me within 4 weeks via the police! Time will heal wounds and I do not want to know what would have happened without the lawyer ! Today's feedback stands for great work and the help seeking of those in similar situation ! Whoever moves in the free Internet is also always a victim ! There are about three times a month such cases and the judiciary is thus busy.
I can not remember enough about what happened, especially since I do not know the person who sent me incriminating material ! Personally, I have learned a lot and my behavior in dealing with the medium Internet again very reconsidered with whom I take up there contacts.
Especially since also the trust to everyone is tarnished ! Since one could have suspected everyone up to the complete file inspection of the lawyer. To the good I still received a credit note over the whereabouts of the not used fee in this case. What also speaks positively for the lawyers. 2021 is the year of my medial retreat and I am more in the real world to find ! Thank you Laudon / Schneider

147 Reviews from 5 other sources

Your message to LAUDON || SCHNEIDER Strafverteidigung

All reviews and experiences about LAUDON || SCHNEIDER Strafverteidigung are the subjective opinions of those who compose and submit them  |  The profile owner is responsible for the contents of this page  |   Profile active since 03/24/2017  |  Last update: 04/13/2022   |  Report profile