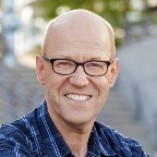 100 Reviews i
published (99%)
out of 101 reviews
of which
2 Reviews
from 1 other source
Authenticity of reviews
Submit a review
Contact information
As an actor, he manages to present his stories in a gripping way; as a trainer, he successfully transfers them into everyday professional life; and as a speaker, he creates a tension on stage that captivates his audience. Charisma, change, emotional intelligence and assertiveness are his topics.
View full description

Top competencies (Based on 98 published reviews)

4.90 out of 5
39 Reviews
Lutz Herkenrath is motivated and ambitious.

Your message to Lutz Herkenrath

* All reviews and experiences about Lutz Herkenrath are the subjective opinions of those who compose and submit them  |  The profile owner is responsible for the contents of this page  |   Profile active since 06/15/2018  |  Last update: 08/08/2022   |  Report profile