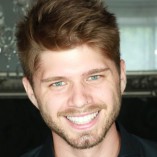 This award is based on the customer reviews of the last 12 months:
4.98 out of 5
Excellent
54 Reviews
Criteria for the award >

This award is based on the customer reviews of the last 12 months:
4.98 out of 5
Excellent
54 Reviews
Criteria for the award >
4.97 out of 5
Excellent
77 Reviews
Authenticity of reviews
Submit a review
Contact information
I am Marko Mitrovic ( Pickup Name: Marko Polo ) and I have been working on making men successful with women since 2004. As a professional flirt and dating coach, I have already helped thousands of men with the help of live coaching or by means of... my video courses to outstanding success with women. From men who are looking for a partner who really suits them. About men who are looking for affairs with more and more beautiful models. To men who want to get over their exes and meet new women. Find out more at https://FlirtEmpire.com
View full description

Your message to Marko Mitrovic

All reviews and experiences about Marko Mitrovic are the subjective opinions of those who compose and submit them  |  The profile owner is responsible for the contents of this page  |   Profile active since 05/25/2017  |  Last update: 03/18/2022   |  Report profile