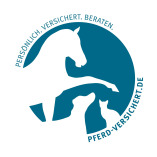 This award is based on the customer reviews of the last 12 months:
4.67 out of 5
Excellent
40 Reviews
Criteria for the award >
4.85 out of 5
Excellent
663 Reviews
of which
402 Reviews
from 3 other sources
Authenticity of reviews
Submit a review
Contact information
Try us and our service, we are looking forward to you! Pet insurance from professionals: for over 10 years we have been brokering pet insurance for horses, dogs and cats. Animal owners also benefit from favorable insurances, such as rider accident insurance or riding instructor liability.
View full description

4.71 out of 5
21 Reviews
pferd-versichert.de offers a professional service.

4.84 out of 5
19 Reviews
Customers would use the services of pferd-versichert.de again.

4.73 out of 5
Excellent
4.40 out of 5
Good
Recommendation
Everything uncomplicated, flexible, competent, especially good that you can still reach real people by phone, who can and may really do something and not just computers or call centers that may only forward. The latter is the reason why I gladly pay the 20€ more compared to pure online providers!
Show original Translation
Quality 4.00
Value 4.00
Services 4.00
Implementation 5.00
Consulting 5.00
Customer service
Excellent (5.00)
Cost-performance ratio
Good (4.00)
Customer review & rating for:
pferd-versichert.de
View rating
05/30/2022Anonymously

Comment from pferd-versichert.de:
Thank you for the kind words. We try to give 120% every day and are very happy when that comes across!
Report review
Share review:
5.00 out of 5
Excellent
Recommendation
I hope that I do not have to claim the benefits so soon....but if I do then I would be happy about an uncomplicated claim assumption !
Show original Translation
Quality 5.00
Value 5.00
Services 5.00
Implementation 5.00
Consulting 5.00
Customer service
Excellent (5.00)
Cost-performance ratio
Excellent (5.00)
Customer review & rating for:
pferd-versichert.de
View rating
05/18/2022Cristina S.

Comment from pferd-versichert.de:
Thank you very much for the effort you have made with the evaluation. Many greetings Anja Tylkowski
Send email to reviewer  |  Report review
Share review:
5.00 out of 5
Excellent
Recommendation
Have not had a problem yet😅
Show original Translation
Consulting 5.00
Customer service
Excellent (5.00)
Customer review & rating for:
pferd-versichert.de
View rating
04/27/2022Anonymously

Comment from pferd-versichert.de:
Thank you for the 5 star rating.
Report review
Share review:
4.60 out of 5
Excellent
Recommendation
I have been with the agency for many years and have insured all my horses here.
I feel well advised because I ask my questions to someone who also knows the horse world and is not just a simple insurance person.
I also like the offer of what is insured (riding without helmet, bridle, saddle) - I have not found this with any other insurance company.
The only thing I'm missing is a simple animal owner's liability for retired horses that are no longer ridden.

Comment from pferd-versichert.de:
We are happy about the 5 stars. Thank you very much !
Report review
Share review:
4.00 out of 5
Good
Recommendation
Since we haven't claimed the insurance yet, I can't think of anything else to say up to this point.
Show original Translation
Quality 4.00
Value 4.00
Services 4.00
Implementation 4.00
Customer service
Good (4.00)
Cost-performance ratio
Good (4.00)
Customer review & rating for:
pferd-versichert.de
View rating
04/21/2022Michael W.

402 Reviews from 3 other sources

All reviews and experiences about pferd-versichert.de are the subjective opinions of those who compose and submit them  |  The profile owner is responsible for the contents of this page  |   Profile active since 12/06/2017  |  Last update: 05/31/2022   |  Report profile