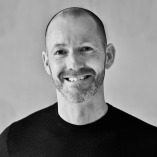 4.87 out of 5
Excellent
75 Reviews
of which
5 Reviews
from 1 other source
Authenticity of reviews
Submit a review
Contact information
The prevention of defects and damage is the same as with health

..... Prevention is better and cheaper than aftercare.
... As an impartial and independent expert for damage to buildings and building surveyor, I am mainly active in the Lake Constance district, Lindau district, Ravensburg district and in the Allgäu region.

I would like to help as many builders and real estate owners as possible with quality controls, so that you get the building quality that you wanted and that you are contractually entitled to.

A building is a long-term investment. For many, and probably for you, the largest in your life. To ensure that your investment delivers what it promises, precautionary measures have proven effective.

Regular quality controls in the form of checks not only provide security during the construction phase (construction quality control), but also give valuable insights during the utilization phase (maintenance) of your building (maintenance check) about the remaining technical service life of individual components. In this way, you can also plan future financial requirements in the long term instead of being surprised by costly defects and damage in the short term.

"The price is what we pay, the value is what we get."
Warren Buffet, major US investor
View full description

5.00 out of 5
9 Reviews
Pilar GmbH - Ingenieurgesellschaft für Qualitätssicherung is reliable, reputable, and friendly.

5.00 out of 5
9 Reviews
Customers would use the services of Pilar GmbH - Ingenieurgesellschaft für Qualitätssicherung again.

4.86 out of 5
Excellent
4.33 out of 5
Good
Recommendation
The conversation with Mr. Pilhar was very open and honest. He gave us the tip that it would be a case for an
a specialist with his own laboratory would be suitable for the assessment. That was only more than fehr and honors
him as a human being.

Comment from Pilar GmbH - Ingenieurgesellschaft für Qualitätssicherung:
We thank you for the positive feedback and wish you all the best.
Send email to reviewer  |  Report review
Share review:
5.00 out of 5
Excellent
Recommendation
Mr. Pfeiler was a great help in the decision-making process. He guided us through the whole process with a lot of calmness and expertise and in the end he was decisive with his expert opinion.
I will continue to rely on Michael Pfeiler's help in future projects as he saved us a lot of money and headaches. Thank you very much!
Daniel Stütz

Comment from Pilar GmbH - Ingenieurgesellschaft für Qualitätssicherung:
I was not aware that I can also prevent headaches with my advice.

Thank you for the positive feedback and the open words!

Send email to reviewer  |  Report review
Share review:
5.00 out of 5
Excellent
Recommendation
The company PILAR GmbH accompanies the construction of our new EFH. We are very satisfied with the services of the company PILAR GmbH and very convinced of the professional competence, which is why we can only recommend to all builders to let the company PILAR accompany the construction of the house.
Show original Translation
Quality 5.00
Value 5.00
Services 5.00
Implementation 5.00
Consulting 5.00
Customer service
Excellent (5.00)
Cost-performance ratio
Excellent (5.00)
Customer review & rating for:
Pilar GmbH - Ingenieurgesellschaft für Qualitätssicherung
View rating
02/03/2022M. F.

Comment from Pilar GmbH - Ingenieurgesellschaft für Qualitätssicherung:
Thank you for your review! I am very pleased that my advice helps you and I can contribute to the fact that your new home also receives the quality that you have desired.

Send email to reviewer  |  Report review
Share review:
5.00 out of 5
Excellent
Recommendation
Mr. Pfeiler assisted us in viewing several properties until we finally found the right one. As an expert in his field, he naturally has a completely different and very thorough view of the circumstances. He pointed out potential problems to us that we would never have thought of as laymen. The appointment was also always very uncomplicated and friendly. All in all, a clear recommendation!
Show original Translation
Quality 5.00
Value 5.00
Services 5.00
Implementation 5.00
Consulting 5.00
Customer service
Excellent (5.00)
Cost-performance ratio
Excellent (5.00)
Customer review & rating for:
Pilar GmbH - Ingenieurgesellschaft für Qualitätssicherung
View rating
01/05/2022Anonymously

Comment from Pilar GmbH - Ingenieurgesellschaft für Qualitätssicherung:
Thank you for the open feedback - I am glad that you have now found your house and wish you all the best
Report review
Share review:
5.00 out of 5
Excellent
Recommendation
Very competent, fast and very friendly advice.
Company Pilar responded to our concerns to our complete satisfaction.
Thank you very much!

Mr. Pfeiler's presence paid off especially during the final handover of the house. On many points that would otherwise probably have been discussed away by the site manager without the presence of a surveyor, he Pfeiler remained persistent but nevertheless always friendly. Due to the various intermediate inspections during the construction phase, it was also possible to reference the earlier protocols here.

All in all, we felt very well looked after and, even in retrospect, we are really glad that we invested the money in Mr. Pfeiler's construction supervision. We probably wouldn't have noticed many of the defects that were pointed out without an expert, and even with the one or other execution defect that the developer likes to wipe away as "within tolerances", we were able to obtain rework thanks to Mr. Pfeiler's professional expertise.

5 Reviews from 1 other source

All reviews and experiences about Pilar GmbH - Ingenieurgesellschaft für Qualitätssicherung are the subjective opinions of those who compose and submit them  |  The profile owner is responsible for the contents of this page  |   Profile active since 01/31/2018  |  Last update: 08/13/2022   |  Report profile