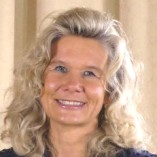 4.97 out of 5
Excellent
34 Reviews
of which
7 Reviews
from 1 other source
Authenticity of reviews
Submit a review
Contact information
Are you looking for a naturopathic practice that has many years of experience in the fields of pain and allergy therapy, then I welcome you.

My name is Sabine Reißig-Ramm. I am a naturopath and physiotherapist with various qualifications in European and Asian therapeutic methods.
... Each of us needs a vital body to cope with the daily routine of our modern life. This requires competent very individual therapies. My 30 years of medical practice and constant further training help me in this.

Do you feel stressed and exhausted or do you want to enjoy nature and gather new strength in a beautiful hotel atmosphere? Then join me on my health seminars. Together we experience adventures, recharge our batteries, enjoy appreciative conversations, move in places of power and much more.

Companies use my sports courses to inspire their employees for health and prevention. If you would like to learn more about health, youthfulness and performance, take a look at my vitality blog at www.schmerz-frei.eu.

My varied work makes me very happy and I would like to thank all my patients and seminar participants for the great trust they place in me every day.

Have courage and try new treatment strategies for pain and allergies!

Thank you for your attention
View full description
Show less

5.00 out of 5
10 Reviews
Sabine Reißig-Ramm offers a professional service.

5.00 out of 5
9 Reviews
Patients are on the whole happy with Sabine Reißig-Ramm.

Very excited and in anticipation I then drove to Grafenwiesen. A real energy place,

great staff, super basi. Food, lots of nature, everything fit. Sabine has led us through the week with a lot of feeling.

With mindfulness exercises, moxen, mental training and a really great fasting group with a lot of positive energy, I am

strengthened, relaxed, full of energy and motivated to return to everyday life.

It was a very valuable experience for me, which I would like to wish other people.

Thank you Sabine for all your information, for your motivation to come into action, the good organization, attentive

to go to work for them.

7 Reviews from 1 other source

Your message to Sabine Reißig-Ramm

All reviews and experiences about Sabine Reißig-Ramm are the subjective opinions of those who compose and submit them  |  The profile owner is responsible for the contents of this page  |   Profile active since 02/08/2018  |  Last update: 11/14/2021   |  Report profile