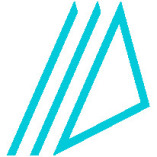 170 Reviews i
published (99%)
out of 171 reviews
of which
87 Reviews
from 5 other sources
Authenticity of reviews
Submit a review
Contact information
Professional advice and support in the areas of old-age provision, health insurance and in the area of occupational disability insurance is what we have been committed to since 1995. We show all advantages and disadvantages of investments and... insurances to our clients and take care of you over the next decades as your personal expert in the field of finance.
View full description

Top competencies (Based on 83 published reviews)

4.94 out of 5
31 Reviews
Customers are overall happy with the results.

4.94 out of 5
31 Reviews
TriFormance offers a professional service.

5.00 out of 5
Excellent
Recommendation
With the entire process from the first consultation to the conclusion of a contract, I felt very well advised. Transparency and understanding of the respective topic are top priority. Complicated insurance policies are explained very easily and understandably with clear examples. There is always time for questions. I can give a clear recommendation for the consulting service.
Show original Translation
Quality 5.00
Value 5.00
Services 5.00
Implementation 5.00
Consulting 5.00
Customer service
Excellent (5.00)
Cost-performance ratio
Good (4.00)
Customer review & rating for:
Beratung im Bereich Versicherungen
View rating
02/18/2022Anonymously

Comment from TriFormance:
Thank you for your review of my consulting services!
Have a nice weekend,
Gabriel Sampl

Comment from TriFormance:
Thanks for the great feedback on our work!
Greetings ,
GS

Comment from TriFormance:
Thank you for your review of our insurance consulting services! Many greetings, your TriFormance team
Send email to reviewer  |  Report review
Share review:
5.00 out of 5
Excellent
Recommendation
The conversation with Mr. Sampl was very sympathetic and at the same time very very helpful! Exact explanations to every little detail and very Kompetent.
I felt very comfortable and safe!
I can definitely recommend

Comment from TriFormance:
Thanks for the great feedback on our consulting services!
Have a great weekend,
GS from Triformance

Comment from TriFormance:
Thank you Nina for your review of our service !
Send email to reviewer  |  Report review
Share review:
5.00 out of 5
Excellent
Recommendation
I am absolutely satisfied with the competence and the concerns that are important to me. I can highly recommend TriFormance and will do so in my circle of family and friends.
Thank you for the really good advice and support.
Show original Translation
Quality 5.00
Value 5.00
Services 5.00
Implementation 5.00
Consulting 5.00
Customer service
Excellent (5.00)
Cost-performance ratio
Excellent (5.00)
Customer review & rating for:
TriFormance - Prüfung und Optimierung von Versicherungen
View rating
03/05/2018Anonymously
Send email to reviewer  |  Report review
Share review:
1 2 3 4 5

87 Reviews from 5 other sources

* All reviews and experiences about TriFormance are the subjective opinions of those who compose and submit them  |  The profile owner is responsible for the contents of this page  |   Profile active since 04/27/2015  |  Last update: 02/18/2022   |  Report profile