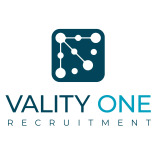 This award is based on the customer reviews of the last 12 months:
4.70 out of 5
Excellent
67 Reviews
of which
1 Review
from 1 other source
Criteria for the award >

This award is based on the customer reviews of the last 12 months:
4.69 out of 5
Excellent
66 Reviews
Criteria for the award >
4.72 out of 5
Excellent
80 Reviews
of which
2 Reviews
from 1 other source
Authenticity of reviews
Contact information
CUSTOMIZED HUMAN RESOURCES CONSULTING FOR THE LIFE SCIENCES.

Finding the right talent is not always easy. We support companies in the pharmaceutical, biotech and medical technology industries in their search for highly qualified personnel in permanent positions and via contracting.
... We find the best talents and experts for the growth of your company.
View full description

4.73 out of 5
15 Reviews
Vality One Recruitment GmbH offers a professional service.

4.67 out of 5
15 Reviews
Customers would use the services of Vality One Recruitment GmbH again.

Comment from Vality One Recruitment GmbH:
Thank you for taking the time to leave us a review.
We are glad that you were satisfied with our service and thank you for the great cooperation!

Send email to reviewer  |  Report review
Share review:
3.75 out of 5
Good
Recommendation
Consultation was nice and the preparation for the interview was good. But there is one thing you have to criticize - in case of negative feedback from the company, the applicant doesn't really get this info. I had to ask for it myself. I would have liked to get the feedback (whether positive or negative).
Show original Translation
Quality 4.00
Services 4.00
Realization 4.00
Consulting 3.00
Customer service
Average (3.00)
Customer review & rating for:
Vality One Recruitment GmbH
View rating
06/17/2022Anonymously

Comment from Vality One Recruitment GmbH:
Thank you for taking the time to leave us a review.
Through your honest feedback we are able to improve our service even further.
If you have any other feedback apart from the mentioned criticism, we would be happy if you send it to us via email to info@valityone.com.

Comment from Vality One Recruitment GmbH:
Thank you for taking the time to give us a recommendation.
We are pleased that you were satisfied with our work and thank you for the pleasant cooperation.

Comment from Vality One Recruitment GmbH:
Thank you very much for the great feedback and recommendation.
We are pleased that you were satisfied with our work and will always do our best to maintain this quality.

With best regards
Your team from Vality One
Report review
Share review:
5.00 out of 5
Excellent
Recommendation
Amer has been a fantastic support without whom we would not have been able to fill in the positions so quickly. Amer took the time to understand the requirements of each position in detail and provided excellent candidates within a short period of time.
It has been a pleasure to work with Amer who has not only shown high level of professionalism and integrity, but also has been fun to work with.
Show original Translation
Quality 5.00
Services 5.00
Realization 5.00
Consulting 5.00
Customer service
Excellent (5.00)
Customer review & rating for:
Vality One Recruitment GmbH
View rating
05/10/2022Mehran

Comment from Vality One Recruitment GmbH:
Thank you very much for the great feedback. We are glad that you were satisfied with our service and look forward to further cooperation.

I found it very positive that one was called after each interview to give one's own feedback on the one hand. You also received initial information about the employer's impression of the interview. Even if things didn't go so well somewhere, you received constructive criticism and any conflicts were defused as a result.

I had to make such an experience with the salary requirement, because I corrected it upwards while I was offered a new position. However, there was no communication about the fact that the "old salary expectation" also served as the VHB here. So I went to the personal interview and demanded a salary that was about 15% higher than what the employer had been told in advance by Vality One. This led to an unpleasant surprise on the part of the employer and subsequently also at Vality One. However, this misunderstanding was quickly resolved in a telephone call afterwards, since my correction was based on a false fact.

Your message to Vality One Recruitment GmbH

All reviews and experiences about Vality One Recruitment GmbH are the subjective opinions of those who compose and submit them  |  The profile owner is responsible for the contents of this page  |   Profile active since 03/08/2021  |  Last update: 09/15/2022   |  Report profile