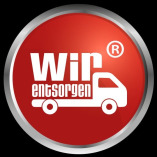 5.00 out of 5
5 Reviews
Wir-entsorgen.de works within the agreed-upon budget.

74 Reviews from 1 other source

* All reviews and experiences about Wir-entsorgen.de are the subjective opinions of those who compose and submit them  |  The profile owner is responsible for the contents of this page  |   Profile active since 07/22/2019  |  Last update: 03/01/2022   |  Report profile