Kolberg Immobilien
Write a message
Excellent
Get in touch 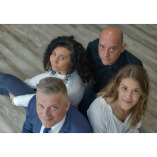 Real estate of all kinds in the Märkischer Kreis as well as in the Sauerland. Luxury real estate as well as capital investments in Andalusia including our accompaniment with a German-speaking lawyer on site.
Show less

5.00 out of 5
2 Reviews
The purchase has resulted in long-term satisfaction.

5.00 out of 5
2 Reviews
The quality of products fulfills all expectations.

232 Reviews from 5 other sources

Your message to Kolberg Immobilien

All reviews and experiences about Kolberg Immobilien are the subjective opinions of those who compose and submit them  |  The profile owner is responsible for the contents of this page  |   Profile active since 05/11/2021  |  Last update: 07/11/2022   |  Report profile