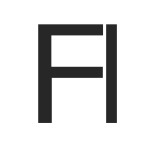 Top competencies (Based on 396 published reviews)

4.99 out of 5
84 Reviews
Felix Haupt offers a professional service.

4.98 out of 5
83 Reviews
Customers would use the services of Felix Haupt again.

5.00 out of 5
Excellent
Recommendation
It is a very special stock market letter from a full professional, who never loses the red thread in the wild stock market UP + DOWN. Felix Haupt has an eye for the essentials: i.e. the bottom line must be a profit. And this works, if you take over the tips 1:1. Moreover, you always have the feeling that you have hired a personal investment advisor who checks several times a week whether you are doing everything right. Felix Haupt generously shares his extensive expertise. All tips/transactions are explained and justified in detail. In addition to the stock market letter, I have also booked a free oneline stock market course in which I learn as I go along,
Absolutely to recommend, I remain with it,
Münchne,18,02,2022 Albin

Show original Translation
Quality 5.00
Value 5.00
Services 5.00
Implementation 5.00
Consulting 5.00
Customer service
Excellent (5.00)
Cost-performance ratio
Excellent (5.00)
Customer review & rating for:
Felix Haupt
View rating
03/13/2022Anonymously
Send email to reviewer  |  Report review
Share review:
5.00 out of 5
Excellent
Recommendation
Felix is a likeable professional financial advisor who stands close to the customer and responds promptly and friendly in person when needed.
I have already recommended him to my circle of friends.
Many thanks Felix!

those were exciting days on the stock market last week. I like the portfolio values very much. I had already sold the Deutsche Bank Discount Hebelschein at a profit, but got back in on Friday after the price drop, as I think that it will also recover. With the Telekom leverage bill I actually also made good profits and thankfully also realized them before it went down again last Friday. Biontech (where I am also invested in the share and the leverage certificate) also went very well, so I took some profits here on Friday. I also like Hello Fresh very much. I could write you much more now, but I'll keep it short and say: I am satisfied:-)

But now I'll write a few words about the next week. It will definitely be very exciting again and also very volatile. I think that we will see a few corrections, especially in the tech stocks (that Lufthansa and MTU, for example, have corrected could also be expected). But I am also privately convinced of Apple, for example, and am looking forward to the new leveraged bill, where one will hopefully find a good entry point in the course of the next week. Bitcoin and Co can also correct downward again in the short term, before it then goes up nicely for the time being.

From 30.11.21 I also believe once again in a very powerful and positive time, despite the new Corona wave and the associated restrictions. One must always make the best of it and also see the progress that is developing precisely because of these restrictions and also tensions (see home office, for example, and the thereby also faster developing technical possibilities, medical advances...) Politicians I would still not like to be these days, because the tensions within society (and also the partly escalating violence) are sometimes almost unbearable.

Greetings and have a nice weekend

Now I have subscribed to your stock market letter for about 4 months and I am more than impressed by your accurate research, the resulting investment decisions, many good tips and last but not least your psychological support. Thus you offer a very valuable total package! One rarely finds, super!

At the beginning I smiled nicely when you said in the advertisement for a continuation of your Börsen-Brief subscription: "You will definitely renew your subscription with me... - But now? Of course I will, if not, that would be stupid. I have so much time for other things now, I enjoy reading your Börsen-Briefe and financially it pays off enormously. Somehow this occupation has also become a hobby, but just one among many. Although I still have more than half a year with a renewal, I'm just waiting for you or your publisher to offer the crypto letter as another option, as has happened before.

To sum up again: Your work has special class!!! Keep up the good work!

Many greetings from the beautiful Osterzgebirge

Your message to Felix Haupt

* All reviews and experiences about Felix Haupt are the subjective opinions of those who compose and submit them  |  The profile owner is responsible for the contents of this page  |   Profile active since 04/07/2020  |  Last update: 03/13/2022   |  Report profile