Jakob Brand
Write a message
Get in touch 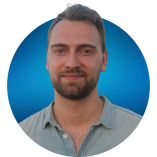 40 Reviews i
published (71%)
out of 56 reviews
Authenticity of reviews
Submit a review
Contact information
My goal is to help men increase their testosterone in a natural way. Without expensive injections or pills.

It's the hormone that defines our essence as men and I show men how to rediscover that power.
... I am convinced that every man, regardless of age, can achieve optimal testosterone levels.
View full description
Show less

5.00 out of 5
Excellent
Recommendation
Initial situation: Higher fat instead of muscle percentage despite strength training. Emotionally very unstable (aggressive - suddenly withdrawing behavior), concentration problems, no focus, no goal in life, despite age over 20 acted like a boy (typical not wanting to grow up syndrome of young men), only interested in personal advantage, followed the general mass (in terms of general opinion on social issues, follow trends, important what others think about me, political opinion, etc.) instead of independently stand up for his values and ideals even if they do not correspond to the general opinion. Weak problem solving. Weak discipline. Dopamine addict. Simply summarized, not been a man.

After the program and implementation of the methods: significantly higher muscle than fat percentage. Fat percentage actually minimized greatly due to nutritional anpssunt. Muscles are more fibrous, tough and hard than before. Mental clarity, razor-sharp logic, emotionally completely stable, no more aggression, always have the situation under control, increase in strength, inner security, a feeling of groundless satisfaction, built up resilience, high motivation, high drive to achieve something, clearly defined goals and clear approaches to how they can be achieved, high stamina, no more followers, regardless of the opinion of others still steadfastly represent their own opinion without being aggressive, lecturing or forcing others to his point of view. One (s) goes ironically his way. A feeling of strong inner power, a kind of fire that is awakened that always drives you to pursue your goals, no matter how difficult the situation looks. A more grounded life. Many previously important things no longer have any meaning. One no longer clings to external (material) things. An inner sense of "I can do this" no matter what. Simply summarized, a man has become responsible for himself and his environment.

P.S. this is a process that has been going on for 6 years now. The beginning was very hard. To change his daily, harmful habitual behavior patterns and habits into positive ones (those very habits for optimal testoproduction). It is very hard to stop lying to yourself all the time to justify your harmful behavior and finally to keep your habits and not to throw everything overboard at the first difficulties and physical/mental resistance. An ideal starting point is always one's own low point. After that, there is usually no turning back once you have reached a certain level. In this sense I would like to say thank you. Thank you Jakob and to all those who helped to create your courses. You have also opened my eyes to many other things. The whole topic of masculinity/testosterone gain doesn't just stop with your courses. It really starts after that, in my opinion. Because what do you do with this newly gained power? Where do you direct your energy and focus now? What does it mean to be a man? With great strength comes great responsibility. Being a man means taking responsibility. For yourself and others (family). This is what my energy is used for. In this sense, do not give up and take responsibility for your life.

A man of honor🦅

Your message to Jakob Brand

* All reviews and experiences about Jakob Brand are the subjective opinions of those who compose and submit them  |  The profile owner is responsible for the contents of this page  |   Profile active since 02/26/2020  |  Last update: 09/09/2022   |  Report profile