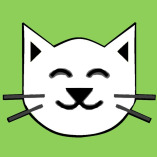 4.81 out of 5
Excellent
62 Reviews
of which
25 Reviews
from 3 other sources
Authenticity of reviews
Submit a review
Share profile
Contact information
Online store for outdoor cat houses.
View full description

5.00 out of 5
4 Reviews
The services provided matched the description.

4.75 out of 5
4 Reviews
Availability is guaranteed during the purchase.

5.00 out of 5
Excellent
Recommendation
From the advice to the delivery and payment, just everything fits. And just the idea that you can buy a product like my wooden cat house, I find super!
I find your company just great!
Thank you that there are you.
Sunny greetings from Vorarlberg E. Leyrouz

5.00 out of 5
Excellent
Recommendation
Very nice contact, since we live right nearby we could look in advance at the quality of the cat houses and also ask questions. We also got a great idea proposal what we then so also ordered. It was built in record time of just under a week! Top!!!
Show original Translation
Service on offer 5.00
Payment 5.00
Delivery 5.00
Information 5.00
Website 5.00
Customer service
Excellent (5.00)
Cost-performance ratio
Excellent (5.00)
Customer review & rating for:
Katzenhaus Shop
View rating
08/18/2022F.
Send email to reviewer  |  Report review

5.00 out of 5
Excellent
Recommendation
Before placing my order, I still had some questions and uncertainties. I was neither on hold nor did I have the feeling of being dispatched on the phone. That's what I call true customer service! *****
Show original Translation
Service on offer 5.00
Payment 5.00
Delivery 5.00
Information 5.00
Website 5.00
Customer service
Excellent (5.00)
Cost-performance ratio
Good (4.00)
Customer review & rating for:
Katzenhaus Shop
View rating
05/31/2022Anonymously
Report review

4.20 out of 5
Good
Recommendation
The cat house is unfortunately not yet accepted by my cats. But that will come. The gift arrived on time and exactly in the time as it was indicated in the tracking of DPD.
Show original Translation
Service on offer 3.00
Payment 5.00
Delivery 5.00
Information 5.00
Website 3.00
Customer service
Excellent (5.00)
Cost-performance ratio
Good (4.00)
Customer review & rating for:
Katzenhaus.shop
View rating
12/27/2021Ulrike S.

Comment from Katzenhaus Shop:
Thank you for your review. Maybe our blog post will help you to get your cat used to the cat house: https://katzenhaus.shop/katze-ans-katzenhaus-gewoehnen/
Send email to reviewer  |  Report review


Share review
4.96 out of 5
Excellent
Recommendation
We purchase the XXL cat house with chip door. The overall work on the house is really good. I was disapointed to see that the inside bottom layer of the house was not fully covering the middle layer, about 1cm shorter on the length of the house, under the door. I would add a photo but there is no option here to do that.
As sugestion, maybe the door to be a bit higher, to be able to put a cat bed in it and to be applied on the side of the house. A possibility to add special pet warming mat in it would be also a plus.
Otherwise, very good and solid product.
Show original Translation
Service on offer 4.78
Payment 5.00
Delivery 5.00
Information 5.00
Website 5.00
Cost-performance ratio
Good (4.00)
Customer review & rating for:
Katzenhaus Shop
View rating
11/14/2021M.
Send email to reviewer  |  Report review


Share review
4.40 out of 5
Good
Recommendation
Fits everything. Good quality, delivery no problem and the big advantage: does not need to be assembled and is ready for use immediately.
Now something that has nothing to do with the cat house itself:
It took a few days and patience until the cottage was accepted. Problem was the flap, because the cat at first only used his upper body to get his treats, with which he was attracted. The flap lay on his back and disturbed him sensitively, if he wanted to leave the house in the "return walk" again. In addition, the flap was too strict for him in the beginning, which is why I had glued the flap to him for the first few days. Now he pushes it open, but today I noticed that the seal around the flap freezes due to the draining condensation and the cat can hardly open it by himself.
There I do not know a solution yet.
Show original Translation
Service on offer 5.00
Payment 4.00
Delivery 4.00
Information 4.00
Website 5.00
Customer service
Excellent (5.00)
Customer review & rating for:
Katzenhaus Shop
View rating
11/10/2021Helmut K.
Send email to reviewer  |  Report review


Share review
5.00 out of 5
Excellent
Recommendation
The cat house is super processed and really easy to clean. Was accepted, my cat liked to retreat in it. The price seems a bit expensive at first, but is definitely worth it. Would buy it again. Delivery took a few days (as stated), you have to allow for the time. Delivery was in top condition, with good packaging. Really recommendable
Show original Translation
Service on offer 5.00
Payment 5.00
Delivery 5.00
Information 5.00
Website 5.00
Customer service
Excellent (5.00)
Cost-performance ratio
Excellent (5.00)
Customer review & rating for:
Katzenhaus Shop
View rating
10/30/2021Christine S.
Report review


Share review
4.80 out of 5
Excellent
Recommendation
Moin as an improvement suggestion.....install the cat flap higher so that you can also put a thick pillow in it ... because otherwise the flap always knocks against it and you can not open the flap ... LG
Show original Translation
Service on offer 4.00
Payment 5.00
Delivery 5.00
Information 5.00
Website 5.00
Customer service
Excellent (5.00)
Customer review & rating for:
Katzenhaus Shop
View rating
10/29/2021Michael S.

Comment from Katzenhaus Shop:
Thank you very much for your review and suggestion for improvement. Your cat house store team
Send email to reviewer  |  Report review

25 Reviews from 3 other sources