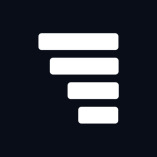 61 Reviews i
published (98%)
out of 62 reviews
Authenticity of reviews
Submit a review
Contact information
The modern way of personnel search! - Fill your positions regionally, reliably and precisely.

❗️ The best professionals are no longer actively applying - they are already on the job ❗️
... Recruiting Guru is the competent contact when it comes to modern recruiting methods. As a platform of the social media recruiting agency "Ruckenbrot & Wolfram", it provides the infrastructure for successful personnel marketing campaigns so that your company can also recruit the best professionals on the market.

Christian Wolfram and Ronny Ruckenbrot as operators of the portal are available to you as competent partners when it comes to the question of where to generate qualified professionals in 2019, 2020 or beyond.

Christian Wolfram is a multi-certified marketing expert and will be happy to advise you during a free initial consultation. Here you can take a look at which strategies would be optimal for you, without any obligation, if you still want to find staff in the future.

Due to Ronny Ruckenbrot's expertise in the field of telephone acquisition, recruiting and sales, you can not only streamline the entire application process, but also recognize earlier which candidates are suitable and which are not. He will also be happy to advise you in a free initial consultation on how you can optimize your recruiting process in the age of digitalization.

We are looking forward to your message or your call.
View full description

Top competencies (Based on 61 published reviews)

* All reviews and experiences about recruiting-guru.de are the subjective opinions of those who compose and submit them  |  The profile owner is responsible for the contents of this page  |   Profile active since 08/02/2019  |  Last update: 02/18/2022   |  Report profile