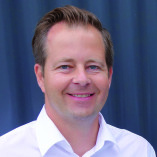 4.53 out of 5
Excellent
156 Reviews
of which
56 Reviews
from 3 other sources
Authenticity of reviews
Submit a review
Contact information
With Reich you can be sure to do everything right! For 50 years now, we have stood as a craftsman service provider for tangible service, comfortable advice at home, craftsman custom work, the highest technical perfection, 6-year warranty and an... installation that will also inspire you. Everything from 1 source - from the consultation, to the measurement and the precise production, the clean and careful installation and our reliable customer service.
View full description

4.85 out of 5
26 Reviews
Customers would use the services of Reich Fenstervisionen GmbH & Co. KG again.

When the windows were mostly installed, several roller shutter boxes were repeatedly measured incorrectly and consequently produced incorrectly several times and could only be installed after several weeks of further waiting. The children's room was not habitable during this time, due to the open air supply from the outside.

All in all, we would have expected better customer service for an order total of almost 50,000€.


Show original Translation
Quality 3.40
Value 1.80
Services 1.60
Implementation 1.25
Consulting 2.50
Customer service
Poor (1.00)
Cost-performance ratio
Average (3.00)
Customer review & rating for:
Leistungen von Reich Fenstervisionen
View rating
06/02/2022Anonymously
Send email to reviewer  |  Report review
Share review:
5.00 out of 5
Excellent
Recommendation
The windows are very beautiful. The installers did a great job. They were fast and left everything very clean.!I am quite thrilled. The whole process from quotation to installation went smoothly.
The price was also good. There was nothing to complain about. I can recommend Reich Fenstervisionen with a clear conscience.
Many greetings
Gabriele Specht

56 Reviews from 3 other sources

All reviews and experiences about Reich Fenstervisionen GmbH & Co. KG are the subjective opinions of those who compose and submit them  |  The profile owner is responsible for the contents of this page  |   Profile active since 02/01/2019  |  Last update: 10/25/2022   |  Report profile